Biting the Hand – The relentless folly of political tax grabs 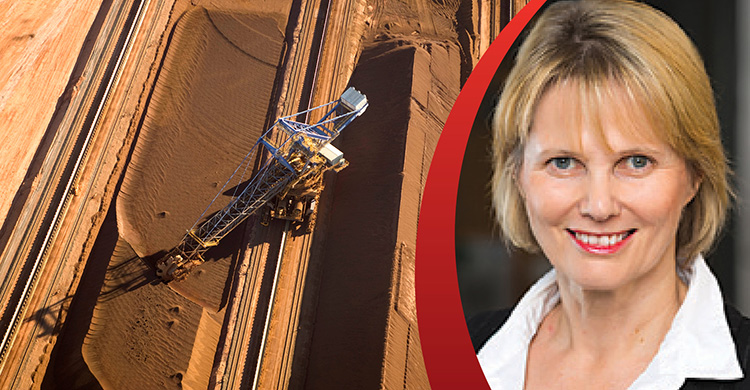 Biting the Hand – The relentless folly of political tax grabs

Despite the relatively pessimistic outlook much mooted in the corridors of business today, Western Australia is still in excellent economic shape – not least because of mining’s strong performance over the last decade. In this article Chief Executive Officer of the Chamber of Commerce and Industry (CCI), Deidre Willmott, provides a valuable summary of just what an economic contribution our mining industry makes, and particularly iron ore miners such as BHP Billiton and Rio Tinto. Ms Willmott outlines the historic and current challenges such companies face, and presents highly cogent commentary on taxation and industrial relations reforms that would serve WA’s future outlook better than some of the immediate demands being voiced.

In 2016, Western Australia celebrated 50 years since our first export of iron ore left the state and headed for Japan. The day the cargo departed from the Pilbara’s Dampier Port was a turning point in history for both the state’s economy and mining giant Rio Tinto. In the half-century since, the enormous economic growth powered by WA’s iron ore, mining and resources industries has immeasurably transformed regional Western Australia, the city of Perth and both the local and national economy.

In particular, the last 20 years has seen WA experience a period of economic expansion unlike any other.

In FY1995, mining contributed around $28 billion to Western Australia’s economy. By FY2015, this contribution had more than tripled to over $90 billion – making up more than a third of Western Australia’s gross state product. In that same year, the mining sector was directly responsible for 86% of WA’s overall growth, and WA exports – overwhelmingly resources products – accounted for nearly 40% of Australia’s total exports.

The economic benefits of this substantial growth also extend to supporting sectors like goods and services, construction, manufacturing, transport and accommodation. The resources sector also currently provides one in 12 jobs in Western Australia, which naturally has untold social and economic benefits across the state.

In Western Australia, the mining and resources industries are dominated by global giants BHP Billiton Iron Ore (BHP) and Rio Tinto Iron Ore, followed by WA’s own Fortescue Metals Group and a variety of junior miners. As the state’s biggest producers of iron ore, BHP and Rio Tinto’s contribution to the local mining sector cannot be understated.

The contribution the mining and resources industries have made to the local and national economies is unparalleled. However, in recent years this enduring legacy has continued to come under threat.

Six years ago, it was the Resource Super Profit Tax proposed by then-Prime Minister Kevin Rudd that was so vehemently opposed by both industry and the public that the issue became instrumental in his downfall.

Then the Minerals Resource Rent Tax, introduced by Mr Rudd’s successor Julia Gillard, was also widely panned by business and voters before being abolished upon the election of Tony Abbott.

Now the suggestion of a mining tax has shifted shape and reared its ugly head yet again – this time coming from WA Nationals leader Brendon Grylls.

Despite the Nationals’ – and Mr Grylls’ own – ardent opposition of earlier incarnations of a special mining tax, Mr Grylls is now advocating a lift in a 25 cent production rent in WA State Agreements to $5 per tonne, and this is specifically aimed at BHP and Rio Tinto. He argues that these big miners must pay their fair share and help return the WA budget to surplus.

As the state’s biggest producers of iron ore and, therefore, the biggest payers of royalties, BHP and Rio Tinto have paid a ‘fair share’ to Western Australia. Mr Grylls’ hallmark policy achievement, Royalties for Regions (RfR), has seen $6.1 billion of the WA’s mining and onshore petroleum royalties invested back into programs and projects specifically for regional Western Australia.

On top of royalties including RfR payments, the State Agreements that the Nationals now wish to unilaterally amend have seen BHP and Rio Tinto invest in a variety of community buildings and initiatives across regional WA – including in Mr Grylls’ home seat of the Pilbara.

Talk about biting the hand that feeds you.

And it could not come at a worse time – business is trying to turn the corner after months of difficult conditions, and this policy suggestion can only erode any headway made in turning the tide of business confidence.

West Australians did not spend four years fighting the former federal Labor government’s mining taxes to be slugged by our own state government.

Western Australia’s business community implores the Nationals to take this idea off the table and go back to the drawing board, finding real economic solutions for both regional communities and the rest of the state.

While economic conditions across the board are, at the moment, undeniably challenging – WA’s resources sector has a promising future. Looking beyond the commodity price cycle, the fundamentals for long-term growth remain sound. Business investment is still at historical levels, and Deloitte Access Economics’ Investment Monitor shows there are still $128 billion worth of projects under construction or committed in the state.

CCI’s vision is for Western Australia to be a world-leading global minerals and energy resources hub. The key to achieving this vision will be promoting WA’s resources and mining sector, and the state overall, as a business-friendly, attractive place to invest.

To encourage resources companies and their suppliers to base their operations in WA, we need to increase Australia’s standing as a low-risk, high-return place to do business.

Specifically, we need real reform in two key areas that continue to hold our economy back – the convoluted tax system and inflexible industrial relations regulation. Australia has one of the most complex taxation systems in one of the world’s largest economies. This means valuable time and money is spent on compliance, which stops businesses doing what they do best – focusing on growth, innovation and opportunity.

We need an internationally competitive tax framework that will attract business investment and discourage tax avoidance.

This makes the Turnbull government’s proposed cuts to the company and small business tax rates very important for our nation. With business confidence in WA still at record lows, these measures will be a much-needed shot in the arm to business and consumers.

It is also imperative that meaningful reform is prioritised for our broken industrial relations system. In addition to reinstating the Australian Building and Construction Commission, reform is urgently required to allow employers and employees to bargain directly (subject to legislated minimum conditions) without compulsory interference of third party unions and the Fair Work Commission.

Widespread and ambitious reform across our tax and industrial relations systems will liberate our economy from inefficiencies and prove the key to unlocking productivity, investment and sustainable long-term growth. This will ensure that Western Australia continues to be a global resources leader for generations to come.