A Resourceful State WA still to be envied 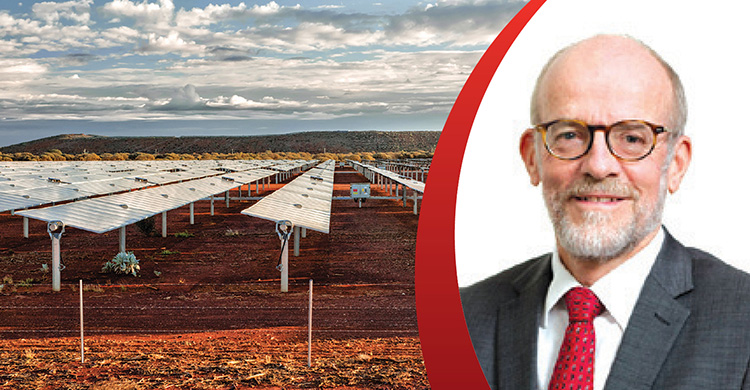 A Resourceful State WA still to be envied

Despite the negative descriptors that can be attached to certain indicators of how the resources industry is performing lately, it is important to balance forecasts of doom and gloom with a wider perspective and a broadranging assessment. In this valuable article, Department of Mines and Petroleum (DMP) Acting Director General Tim Griffin provides a definitive summary of how the industry fared to the end of FY2016, and the level of contribution made in terms of export value by individual commodities. As the world’s leading mining investment destination, according to the 2015 Fraser Institute Survey for Investment Attractiveness, and with the value of its resources industry more than twice what it was 10 years ago, Western Australia remains a vital force in driving the nation’s economy.

It has been another challenging year for commodity markets. On a global scale, surplus stock combined with weaker demand for raw materials has kept prices on the downward trend.

As a result, recently released DMP statistics show the value of the mineral and petroleum industry in Western Australia in FY2016 was $87.9 billion, down 12% from FY2015.

In spite of this drop, the industry’s current value still remains more than twice what it was ten years ago when it was valued at $43 billion.

Iron ore is the state’s highest value commodity, accounting for $48 billion of total mineral sales in FY2016. Production volumes increased by 5% over the financial year, supported by production beginning on the Roy Hill project.

Western Australia is now producing a total of 756 million tonnes of iron ore, up from 719 million tonnes in FY2015, cementing its position as the largest iron ore exporter in the world.

The gold sector again bucked the trend and increased in value for the second consecutive year. The value of the sector rose just over 10% in FY2016, reaching a record $10 billion. This can be attributed largely to the price of gold rising from an average of $1,479 in FY2015 to an average of $1,613 this year in Australian dollar terms. Production volumes rose slightly over the period from 193 tonnes in FY2015 to just under 195 tonnes in FY2016.

Alumina was Western Australia’s third most valuable sector this year at $4.9 billion, down by 1.6% from $5 billion in FY2015.

However, this was not enough to counterbalance the alumina price drop which finished the financial year at $345.99 per tonne, down 5.5% on the previous year.

Rounding out Western Australia’s top four most valuable minerals is the nickel sector which was valued at $2.2 billion in FY2016. Globally, the nickel market has been in excess supply for a number of years now and this continues to place downwards pressure on nickel prices. In FY2016, the price fell 30% from an average of $18,388 per tonne to an average of $12,800 per tonne.

LNG remains the state’s most valuable petroleum product with Western Australia’s output increasing marginally to reach a record 20.9 million tonnes. As can be expected, price affected the overall sales value of LNG, which decreased by 22% from last financial year to $10.8 billion.

Production of crude oil, the second most valuable petroleum product in FY2016, fell by 3% to 48 million barrels. Sales value fell 33% to $3 billion as a result of the continued drop in crude oil prices. Similarly for condensate, the value of sales decreased by 32% to $2.4 billion, despite a slight increase in production from 42.5 million barrels to 42.6 million barrels.

In FY2016, domestic natural gas was the only petroleum product to experience a rise in sales value. Production increased marginally by 3.5% to 10.2 billion cubic metres, and the value of sales rose just short of 5% to $1.9 billion.

The output of LPG (butane and propane) decreased by 4% with the sales value also decreasing to $249 million, down 39% on the previous financial year.

As of September 2016, Western Australia had an estimated $97 billion of resource projects under construction and a total of $46 billion has been identified for possible future projects.

The value of investment in major projects is expected to drop next year as several of the state’s key projects reach completion.

This includes expected completion of Inpex’s LNG Ichthys project and Chevron’s Wheatstone project, which have a combined value of approximately US$63 billion.

Nationally, Australia attracted a total of $1.4 billion in mineral exploration activity in FY2016 and Western Australia accounted for almost 61% of this expenditure with $871 million, highlighting that WA is still an attractive investment destination.