The koala and the dragon 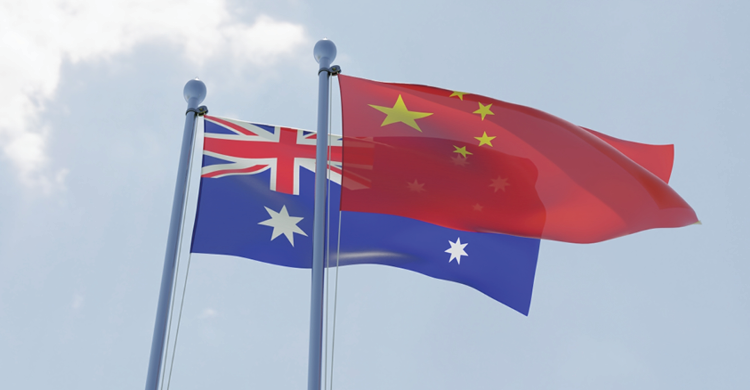 The koala and the dragon

In the four decades since instituting market-oriented reforms in 1978, the Chinese economy has undergone fundamental change. Through these initial reforms and continued economic restructuring in subsequent years, China was able to overcome various structural impediments and realise unprecedented rates of growth, catapulting it from a peripheral player to a central force in the global economy. Over this transformative period, China has transitioned from an export-led, commodity-intensive growth model to, more recently, one driven by consumption. This has significant implications for commodity exporters like Australia as the previously exponential growth in China’s appetite for raw materials begins to subside. While rallying commodity prices ease the strain on producers, an awareness of the shifts taking place in China is essential as they are certain to affect secular trends.

In addition to marking four decades since reforms kicked off, this year also marks the inaugural holding of the China International Import Expo (CIIE). Thousands of exporters will converge on Shanghai where this, the first event of its kind, will be held. This expo is emblematic of China’s intention to continue to open up its economy and to reorient towards a consumption-led growth model. Among the implications of this import-promotion strategy is that China will import an excess of USD 10 trillion in goods and services over the coming five years. The initial effects of this dynamic shift in growth strategy can already be observed. China had a USD 282 billion current account deficit in the first quarter of 2018, its first in 17 years, not a product of reduced exports, but rather of rapidly rising import demand. Key enablers of this reorientation in the Chinese economy include continued integration and dominance within the global economy, the government’s aggressive promotion of the renminbi internationally, China’s position as the top trading partner to many countries and the rolling out of its Belt and Road Initiative. Another important prong of China’s global engagement is its rapidly expanding OFDI footprint. Whilst this is approached with greater caution now than in the past as more restrictive policies aimed at limiting financial vulnerabilities are imposed, China is also leveraging its interests abroad to achieve the objectives underlying reforms.

China’s consumption and imports, as a whole, are clearly set to grow substantially; much the same applies in the case of commodities, but the story here is slightly more nuanced. The extent of China’s appetite for commodities is such that, in 2017, China’s demand for several major commodity types such as cement, nickel, coal, copper, steel and aluminium almost exceeded and, in some cases, exceeded that of the rest of the world combined. Key drivers of this great demand have been manufactured merchandise exports which rely on the sourcing of a range of upstream inputs, as well as the major infrastructure development schemes spearheaded by the government. As consumption has far outstripped domestic production, the implication has been a steady surge in commodity imports. Iron ore imports grew five percent to reach 1.07 billion metric tonnes in 2017, inbound shipments of oil into China surpassed the US for the first time in the same year making China the top importer globally, copper ore and concentrates imports reached 17.35 million tonnes in 2017 following a 2.3 percent growth. Regulatory factors have also had the effect of driving import growth in commodities. More environmental regulations aimed at reducing pollution and a crackdown on the use of waste metals such as copper scrap have spurred a growth in demand for higher quality, less polluting commodity imports.

These dynamics bode well for Australia’s mining industry which is well positioned to expand the benefits from engaging with China. As the mainstay of the Australian export economy, mining has accounted for between 50 and 60 per cent of its exports for the last decade. Following the sharp decline in commodity prices in 2013, new exploration activity and fixed capital investment in the industry dipped well into 2017. It is only with the improvement in commodity prices in the last two to three years, that there have been signs of expansions of existing mines and the development of new mines. There has, furthermore, been a strong uptick in achieving operational efficiencies, necessitated by narrower margins whilst prices were low.  BIS Oxford Economics forecasts a recovery in mining production growth, which is expected to accelerate to 5.5 per cent and higher in the coming years. Although rising mine production has partly offset the negative economic impact of the investment bust, the completion of a USD 200 billion wave of LNG projects this year will mark the start of a new cycle of investment across a range of commodities including copper, gold, coal and iron ore. Excluding oil and gas, investments into several other subsectors is expected to grow at a double-digit pace in 2018-2019 and display continuous strong growth at least for the coming three years. This underscores Australia as an important supply base for China, where there is a growing preference for the higher grade commodities China increasingly requires.

However, in recent years, certain factors have increasingly placed downward pressure on commodities demand. A core driver of China’s commodity demand has been its merchandise exports which rely on the sourcing of upstream commodities and also on commodities like coal to power manufacturing facilities. With weaker global demand and increasing competition in this space from Southeast Asia and India, there is a gradual decline here. Until recently, China instituted financial deleveraging measures, leading to sluggish overall growth and demand from Chinese industry in particular. Growth is further set to suffer due to the ongoing trade tensions between China and the US. This bears several implications for Australian producers. Australia’s exports to China are worth six times as much as its exports to the United States, and metals and minerals constitute a large chunk of this. Having such substantial trade exposure with China, especially in the resources sector, it will be important for Australia to manage its trade relationships tactically amid the trade tensions. They represent a material threat to Australian economic growth as the burden of tariffs for goods it consumes from China trickle down to Australian merchants and consumers, potentially costing the economy upward of USD 30 billion in the coming five years. Australia’s exporters and, therefore, the mining industry has an important role to play in offsetting these risks.

Australia’s relationship with China in the past decades has been built on exporting “old world” commodities like iron ore and coal, the ‘building blocks’ of China’s tremendous growth story. Even during the recent downturn in commodities prices, Australia fared better than other countries buoyed by its increased share of the Chinese market in critical resources like iron ore during that period. Australia will continue to be a strong player in the Chinese market for key commodities due to its higher quality products. For example, Australian coal has recently made a comeback due to production restrictions based on stricter environmental regulations in China. An awareness of the precarious nature of demand is important here as the possibility of China loosening restrictions on domestic mines or finding cheaper, high-quality iron ore and coal elsewhere remains. This elevates the importance to Australia of orienting its well-established mining industry towards becoming a leading supplier of “next generation” commodities like lithium, cobalt and nickel.

In 2015, Australia supplied around 36 per cent of the world’s lithium. By 2021, that proportion is forecast to grow to 48 per cent of a much larger global market, of which China will constitute one of the biggest shares. Chinese investors have already started positioning themselves for a long-term presence in Australia’s lithium industry. Unlike their involvement in the iron ore industry, where the raw commodity is simply exported from Australia, Chinese investors are becoming involved in Australia’s value-added lithium supply chain. Such resource security is important for China because Chinese companies are responsible for 25 per cent of the world’s lithium-ion battery supply and China’s electric vehicle industry – a large consumer of lithium-ion batteries – is already the world’s largest. Australia should replicate this success and position themselves as an indispensable supplier to China and the world in other new minerals such as cobalt.

The already complex degree of integration between Chinese and Australian mining sectors acts as an important platform for China to continue to approach Australia as a core supply base for key commodities. As commodity prices continue to recover and China’s appetite for imports remains resilient, Australian mines must leverage strategic intelligence and develop refined China strategies as this is arguably the most important market to be playing in at present.