Miner of the Month – Potash West 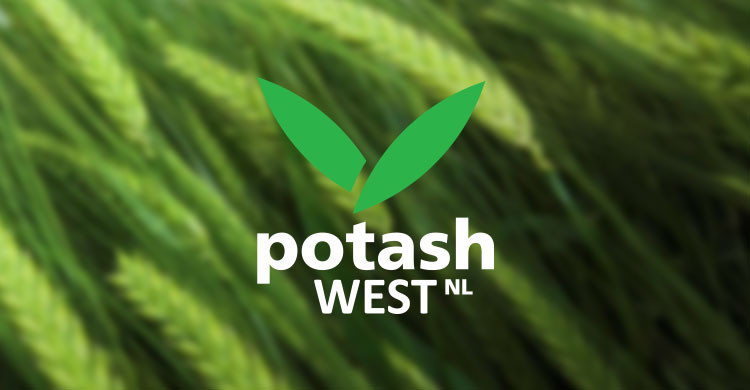 Miner of the Month – Potash West

Potash West has seen a significant economic improvement following the recent update to its scoping study into the production of single superphosphate from the Dinner Hill project.

The results have boosted the economics of the proposed $205 million Western Australian phosphate mine – doubling the life of the mine to 40 years.

The project is part of the company’s flagship Dandaragan Trough project, 225 kilometres north of Perth in WA.

Potash West believes the project will become a supplier into the global fertiliser market, which is estimated to be worth US$172 billion this calendar year.

The phosphate potential of Dinner Hill began to emerge as Potash West progressed its exploration program in early this year.

In June Potash West announced a new indicated phosphate resource at the Dinner Hill project of 250 million tonnes at 2.9 per cent phosphorous pentoxide (P2O5) – an increase of 108 per cent from its previous reported resource.

Defining a new resource from new drilling programs led the company to revise and update the existing scoping study findings for Dinner Hill.

Mr McManus explained how these factors had led to a number of changes being made to the project plan, which include the installation of a sulphur burning acid plant which, while increasing the initial capital cost, substantially reduces operating costs. In addition, previous mine life estimates have been doubled.

“Our plan is to develop this phosphate project as Stage 1 of a plan to produce potash, phosphates and alum from the extensive greensand deposits at Dinner Hill.

“In particular, the new 40-year project mine life uses only 64 per cent of the current mine plan resource defined to date at Dinner Hill, indicating that there are expansion options available,” he said.

“As a result, we have commenced the preliminary feasibility study, including new metallurgical test work, and in addition to the process design for single superphosphate, we will continue to investigate its potential for rock phosphate production.”

Mr McManus said Potash West is confident the updated Scoping Study has reinforced its belief in the Dinner Hill project and that its phosphate resource will provide a long term supply of single superphosphate to agriculture across Western Australia and the local region.