How the Gascoyne region could benefit from a deep-water port 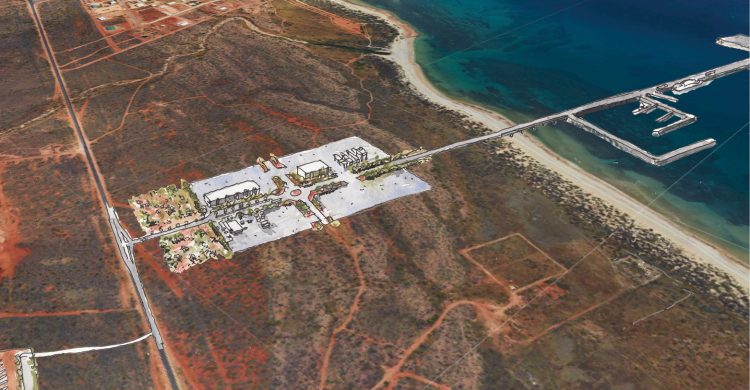 How the Gascoyne region could benefit from a deep-water port

The Gascoyne is a region of enormous potential; for mining, for trade and for its ability to support the Australian Defence Force due to its strategic location.

But despite this potential, the Gascoyne region is currently missing out on important economic opportunities because of its lack of marine infrastructure, including a deep-water port.

Exmouth is an important strategic location for a port, with potential for contributing to efficiencies in logistics, exports/imports, national security and trade.  On the doorstep of some of the largest proposed renewable projects in WA, as well as critical and rare earth minerals producers, a deep-water port would be well placed to integrate with supplies and customers’ commitments to a net zero emissions future.

One project which believes it can deliver these efficiencies is Gascoyne Gateway, a single jetty deep-water port and renewables hub that is proposed to be built approximately 10km south of Exmouth town centre, next to the light industrial area, shire landfill and light airfield.

The Gascoyne Gateway deep-water port would offer a significant shift in the freight and logistics framework for WA. Providing access to efficient logistic supply chains and sea freight options would deliver project-enabling shifts in economic and environmental outcomes which are holding back some projects in the region.

According to an economic impact study commissioned through ACIL Allen, reaching and accessing markets with greater efficiencies due to unconstrained use of a deep-water facility would realise almost $1 billion in gross regional product over the next 25 years.

A port would enable users to benefit from reduced transport costs to mine sites and other projects, increase productivity through quicker turn-around time for parts and equipment and improve safety through the reduction in heavy vehicle haulage.

According to Gascoyne Gateway, exploration and mining companies are looking to leverage their supply chains towards using low-emission solutions. Several have provided letters of intent as part of a Definitive Feasibility Study for the port.

“We are seeing a high level of commitment from the mining industry to reduce greenhouse gas emissions to net zero.

“Fund managers, customers and shareholders are demanding it. If you are a part of the supply chain and you are not keeping pace, then it is going to be difficult to meet future procurement requirements and in fact you could be priced out of the competition.”

Like many regional economies, Exmouth suffers from a lack of economic diversity. There is an over-reliance on seasonal tourism and a lack of genuine career opportunities for locals.

Exmouth Chamber of Commerce and Industry president David Gillespie said projects like Gascoyne Gateway would provide year-round job opportunities and assist in diversifying the economy in a sustainable way.

“The CCI believes a balance can be struck between economic growth and looking after the environment,” he said.

“We welcome engagement with companies which are genuine in wanting to be part of the community, which are good corporate citizens and will meet the assessment levels set down by the Environmental Protection Authority.

“In order for the Exmouth economy to grow in the future, we cannot continue to rely on mass tourism, we must diversify, and Gascoyne Gateway is one of the projects which offers that.”

In order to achieve this diversification, Gascoyne Gateway has identified a range of likely port users. The port would be made viable initially by servicing the current marine traffic in the gulf, with additional potential clients including cruise ships, superyachts and adventure vessels, Royal Australian Navy, Australian Border Force and allied vessels, break bulk, import/export for containers and oil and gas servicing vessels currently operating in close vicinity to the gulf.

The marine environment in the Exmouth Gulf is under stress from unregulated boating and mooring which is damaging the seabed, and the town’s water supply is becoming stretched

Gascoyne Gateway has committed to a range of green initiatives, which, unlike other ports around the world, have been considered from day one of planning, rather than added retrospectively.

The port could also play a role in the event of an emergency in the Ningaloo World Heritage Park.