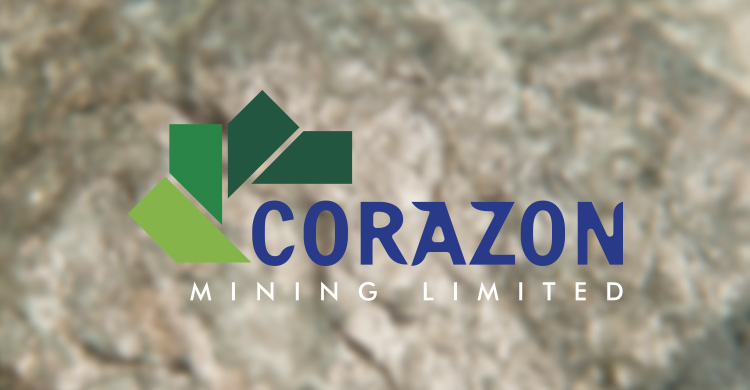 In a curious twist of fate, the partnership sees Mr Hulbert’s focus return to where his career started more than 40 years ago.

Earlier this year Corazon Mining secured full ownership of the Lynn Lake project, which was where Mr Hulbert completed his Master’s degree and launched his nickel career.

Larry, it could be fair to say your history in the Canadian industry means you are extremely well-known over there, but you may have to bring us Antipodeans up to speed.

I started my nickel mining career around 1972 when I arrived as a young mining geologist, working underground at the “N-Deposit” nickel mine at Lynn Lake.

I was there for around a year and a half, and they must have seen some potential in me because they hoisted me up above ground to be part of their surface exploration team.

I was interested in doing some graduate studies, so they encouraged me to do my thesis on the South Plug, which is part of Corazon’s Fraser Lake complex; we always believed, right from the discovery of Lynn Lake that the Fraser Lake body had much more nickel potential than the A Plug.

I completed my Master’s Degree at Lynn Lake, launching my nickel career, and from there I went on to complete my Doctorate in South Africa.

After that I was fortunate to attain the position as a research scientist with the Geological Survey of Canada. I became the ‘go-to guy’ in Canada for nickel-copper-platinum deposits.

There is probably no other person on the planet who knows more about the Lynn Lake project. Could you tell us a bit more about your involvement with the area?

I did a couple of small stints, while I was with the government, in the Lynn Lake area – I still found it fascinating after all those years – and I felt the same when I went back there in the 80s that it still held incredible potential that nobody really knew anything about – there was very little ever written about Lynn Lake.

The owners at the time, Sherritt Gordon Mines, were a great company to work for, but they weren’t interested in academic research, they were all about production.

As a result, nothing ever got written up about Lynn Lake and from my time up there with the Geological Survey and others, I saw it all from a totally different perspective.

I believed then, as now, that this is one of the great nickel camps of Canada.

What is it that what you have been able to do since teaming up with Corazon?

Corazon has given me the opportunity to touch base with a lot of my old contacts who did surveys in Lynn Lake after Sherritt Gordon shut down their operation.

Recently I had the chance to visit what I like to call the Lynn Lake Archive, which is just outside of Sudbury in Canada, where there is a wealth of old mining records and drilling logs – for instance, we’ve got a digital data base of 4,000 drill logs, but we have found 9,000 logs in the filing cabinets.

Corazon is allowing you, for the first time ever, to put together all the information since the 1970s, plus all the other information that has been recorded about Lynn Lake and long since forgotten. Is that what you have always wanted?

The true wealth, for my mind, of information is what Sherritt Gordon had and the more recent surveys conducted from around 2003 through to 2012.

Pulling that together and making sense of it all has been as much a detective story as it has been a geological story.

I knew a lot of this information was available. If you had to express its total worth in present day dollars – the ground surveys alone would be worth almost one million dollars, the airborne surveys around two million.

How did Corazon find you, or did you find them?

In 2012 I was doing the exact same thing (as what I’m doing for Corazon) for another company in Western Canada and the mining engineer told Corazon that if they were interested in Lynn Lake they should have a talk with me.

After a couple of year’s skyping, Corazon managing director Brett Smith and I finally met properly for the first time at PDAC earlier this year.

We got talking about Lynn Lake and the old guys I know who are still around with plenty of knowledge to share.

Brett suggested we do a VTEM survey and I said – if my memory serves me right there was already one completed.

I looked into it and sure enough, within half an hour, I had dug out a $250,000 survey – and it has been like that throughout the program, resurrecting surveys that some groups did that others don’t know about, which has resulted in us compiling some remarkable data.

The really pleasing thing about the whole process is that some of the old data – from way back in the 1960s – is handing it to our geophysicists and hearing them say it’s as good as anything that can be produced today, which would cost a small fortune.