Member of the Month: Evan Biggs 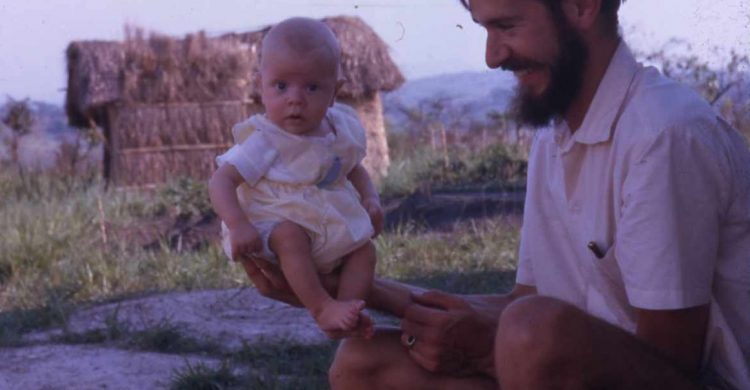 Member of the Month: Evan Biggs

From finding diamonds in a river in South America to spending three months stuck in the Ugandan bush during wet season, mining veteran Evan Biggs experienced some worldwide adventures during his fifty-year career.

“I completed my geology degree in the UK quite some time ago, and that’s when my adventures began, starting with my first job in East Africa,” Evan said.

According to Evan, back in the 1950s and 60s you really learnt your trade in the field, most often in extreme, raw and remote locations.

“I had a boss early on in my career who didn’t believe there was a wet season in Uganda, so I and my fellow geologists were kept in the bush for 12 months each year, watching the rain fall for three of those.”

Undeterred by this, Evan went on to work on other exploration and evaluation geology projects in East and West Africa, South America, Iran, Indonesia, plus the UK and Australia.

And there were many memorable experiences for Evan.

“I will never forget finding alluvial diamonds in a river in Guyana in South America, and then seeing a group later exploiting then – this was a highlight of my career.”

When Evan entered the workforce, the geology and mining industry was very different to what it is today. It was from the 1950s to 1970s that Australia saw the emergence of a world-class mining industry, with the discovery of major new base metals, iron, manganese, nickel and uranium resource. Computers were also first introduced at major mines in the late 60s.

“It was an exciting time to be a geologist and working in mining.”

The 1960s saw vast exploration across Western Australia, and saw Evan move to WA. After a career in the field, he went onto manage a geological consultancy in Perth applying his years of experience.

Now enjoying his retirement, he reflects fondly on his career and life in the industry.

“I met some interesting characters over the years, many of whom I would greatly love to spend time with again,” Evan adds.

“For a boy from Nottingham in the UK, locations such as Niger were extremely exotic and thrilling and I have so many wonderful memories from career (some good, and bad), which may not have been possible if I hadn’t pursued geology.”

A 46-year member of the WA Mining Club, Evan said it has provided him with the opportunity to meet others in the mineral industry and talk to people who were previously strangers.

“Each month there is the chance to learn about what is happening in the WA mineral sector through the presentations, and for a retiree it allows me to stay in-touch with the industry, and ensures I don’t become idle.”