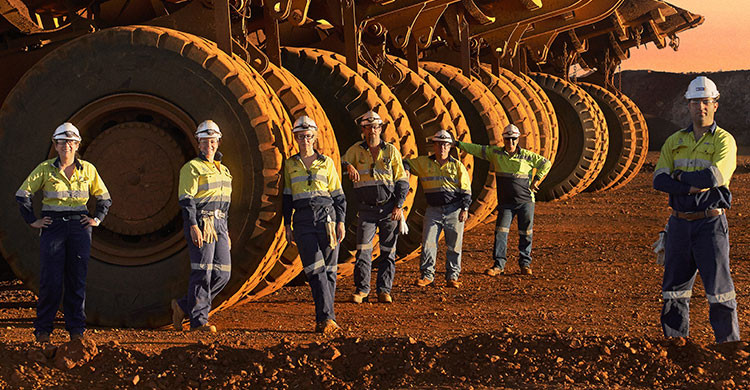 Recent events have indicated that challenging market conditions are making it harder for mining companies to achieve diversity targets.

But those at the top aren’t letting the economic situation stand in the way of their commitments to improve gender equality and indigenous employment.

Earlier this month the Committee for Perth released the result of a two year investigation into the state of gender diversity amid Western Australian businesses.

The report presented a less than glowing report for the mining sector. Throughout it were references to the mining sector being a male-dominated environment and, ultimately, a “boy’s club”.

The result, according to those interviewed for the “Filling the Pool” report, was both direct and indirect discrimination and unconscious bias prevalent throughout the sector.

But leading miners are telling a different story and reaffirming their commitment to gender equality. BHP Billiton in particular has, on several recent occasions, voiced its dedication to increasing diversity which it sees as a competitive advantage.

Addressing the Women in Resources Leadership Summit in Perth, Vanessa Torres, Head of Group Investments and Value Management, pitched diversity as an end goal because “the best ideas come from people who think differently and work collaboratively,” Ms Torres said.

“Diversity of thought is the ultimate objective which can only be achieved in an inclusive environment where diverse people feel their ideas are valued and can speak up”.

Ms Torres went on to say that diversity of thought resulted in higher performance but that the concept “different is good” was still fairly new.

“This allows us to infer that the companies able to leap forward in this aspect will likely achieve superior levels of performance and value creation relative to mainstream competition through a virtuous cycle of generating better ideas because of a more diverse pool which in turn will boost further diversity, creativity and, ultimately, productivity,” she said.

BHPB has also committed to improving indigenous employment – in the 2013 financial year it recruited 62 indigenous trainees to a specific program run through its Western Australia Iron Ore business.

The challenging market is making indigenous commitments problematic for some; last month brought news that Andrew Forrest’s GenerationOne organisation was shedding staff. According to The Australian, the organisation has gone from a peak of 25 staff to just five.

GenerationOne’s flagship initiative was the Australian Employment Covenant which aimed to secure 50,000 sustainable jobs for Indigenous Australians.
Mining companies led the charge including Fortescue Metals Group which last week celebrated another 19 trainees graduating from its Vocational Training and Employment Centre in the Pilbara.

Positive indigenous employment statistics have also been reflected by other mining companies such as Newmont Mining Corporation – indicating market pressure is not having a detrimental impact on its diversity programs.

Newmont has increased its rate of indigenous employment from 8.4 per cent to 12.3 per cent at its Tanami operation in the Northern Territory.

Its percentage of female workers is also significantly higher than the industry average; 22 per cent compared to circa 13 per cent.

To support these workers Newmont has a specific program to help women manage issues associated with working in a predominantly male-dominated environment. In its latest sustainability report – Beyond the Mine – Newmont announced 17 women took part in the project over 2014.

“The Women in Newmont Program was introduced in 2011, 98 women have participated since then,” the report reads.

“These individuals actively contribute to the ongoing improvement of their working environment by integrating the skills and strategies learnt in the program.”

Meanwhile, indigenous-owned companies such as Carey Mining are continuing great work in the indigenous engagement space. Since being founded by Daniel Tucker 20 years ago, Carey has become a leading mining services provider. Carey’s vision is to create new horizons and push the boundaries for indigenous business.

In line with that vision, Carey has backed Australia’s first Aboriginal-owned iron ore mine being developed by Perth company Australian Aboriginal Mining Corporation.