September Member of the Month 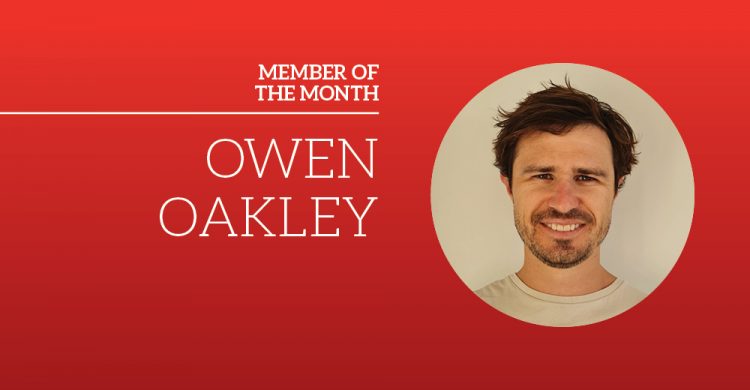 September Member of the Month

In a way, Owen Oakley’s mining journey began in the sandpit when he was a kid, where his parents watched him spend hours digging with toy excavators and trucks.

Since then, he has strived to build his career in mining, starting in a vocational FIFO position on a site in the Northern Territory.

“It took hundreds of emails, phone calls and networking before my resume crossed a geology manager’s desk at the right time, with a pit technician having just resigned,” Owen said.

“I jumped on a plane to begin three months of vacation work spotting ore. I stayed for 15 months.”

However, Owen believes his true start in the industry came when he and his partner quit their jobs in Melbourne, packed up their life and drove to Kalgoorlie.

“Relocating to the west was the best chance I had to get my foot in the door,” he said.

Having grown up in a different part of the country, Owen joined the WA Mining Club a year ago for its networking opportunities.

“The WA Mining Club has been a great way to connect with the industry beyond my work colleagues,” Owen said.

“I really enjoy getting to be involved in discussions on the direction of mining and how we’ll get there.”

Although beginning his career in mining in any entry level position he could get, Owen was always focused on becoming a quarry manager.

“After graduating, it was difficult to get an entry level technical role,” he said.

“Instead, I focused on getting any practical mining experience knowing that it would go towards a Quarry Manager certificate.

“I completed short term labour hire positions, mostly in blast crew roles, one of which took me to St Ives.”

The managers and engineers at St Ives helped Owen bridge the gap from practical to technical, and he soon began assisting with drill and blast engineering and built some foundational technical skills.

With the skills he built at St Ives, Owen moved into open pit production engineering roles, with roles taking him to Norseman, Nullagine, and Wiluna.

This experience led him to Northern Star Resources, where Owen joined as a senior engineer involved in the company’s first open pit located in Jundee.

“This position allowed me to use my quarry manager certificate and further develop leadership skills,” Owen said.

“These are the parts I have enjoyed most about my roles.”

Owen said working on open pit mines is one of the most interesting parts of his career.

“Being involved in an open pit from start to finish gives an appreciation of the effects and risks attached to each stage of a mine’s life,” he said.

When he joined Northern Star, the company was relatively new in the open pit scene, however, as the Jundee mine progressed it opened up opportunities within the company for Owen.

“Currently I’m the quarry manager for a satellite pit at the Jundee operation which has allowed me to step further into leadership positions,” he said.

“Day to day I am involved in all aspects of the open pit, including short to medium term planning, contract management and statutory requirements.

“It is a diverse role within a small team that I really enjoy.”

Owen doesn’t have a single most memorable boss. Instead, still being early in his career, Owen is grateful to all the mangers he has had who have each has a big impact on his development and helped shape the kind of leader he is working to become.

He is finding it harder each day to picture a career outside of mining, although if he hadn’t made the leap to the west, he believes he would still be in Melbourne working in civil construction.

Owen’s three ideal dinner gusts would be his mum, dad and sister, who he is struggling to see regularly as they all live in Melbourne.

As such, the one thing Owen would change about the world would be to be rid of global pandemics that keep families apart.

As an avid outdoorsman, Owen loves being on a mountain bike or a motorbike, but has a particular eye for skiing.

One of the perks of living in Western Australia is the vast landscape which Owen and his partner love exploring.

“We spend a lot of time clocking up the km’s. Next on the list is the Kimberley,” he said.