Bennett gets Sirius on S2 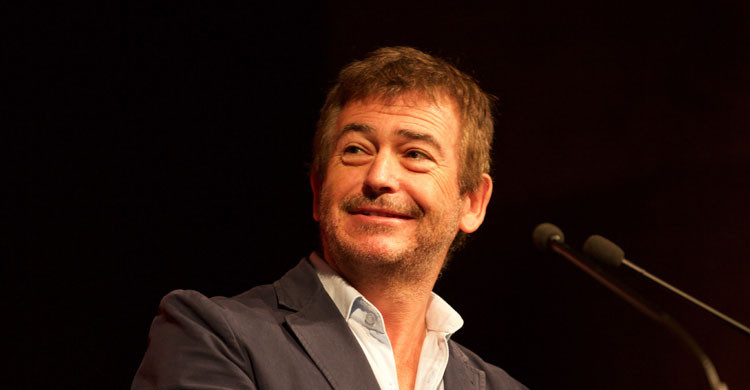 Bennett gets Sirius on S2

The WA Mining Club was proud to host Mark Bennett at its September luncheon to talk about the transition from Sirius to S2 Resources.

Folklore and legend are two essential elements to any culture as they provide the positives of the past that those living in the present, and hopefully the future, can build their aspirations and dreams on.

Slipping into the folkloric category is Western Australia-based Sirius Resources after its removal from the boards of the Australian Securities Exchange, as a result of being swallowed by Independence Group. In turn, this has created S2 resources.

At industry events in years to come, the company will be spoken of in wistful tones, as those types who like to demonstrate they know more than the others around the table will speak of the time of the “Discovery of Nova” as if it were a long lost tome of the Harry Potter boy wizard series.

This is probably a fair thing as the company’s managing director Mark Bennett has been heralded as some type of “Exploration Wizard” after the discovery of the Nova nickel deposit.

The discovery was made in the way all great discoveries should be made: using the last exploration dollar in the company coffers to drill the last drill hole of a program you can’t afford in the middle of nowhere with no mobile phone coverage as the ASX is chasing you.

The Nova deposit set the ASX alight. As a magmatic nickel sulphide deposit, it was a style of deposit never before seen in Australia, the main geological feature being a structure known as the Eye.

“There is such a thing as genuine luck, but there is also made luck,” S2 Resources managing director Mark Bennett told the audience at the Western Australian Mining Club September luncheon.

“It may sound like a cliché, but it is where preparation meets opportunity, and if you are prepared you can grasp that and run with it.

“You may get lucky and find a mine, but it takes a lot more than luck to turn that into the end product.”

The takeover by Independence Group, or “Demerger” as the two companies politely refer to it, has spun out a new company called S2 Resources, of which Bennett is to be managing director, and comes with a portfolio of early stage exploration projects and prospects.

Of note is the inclusion in S2 Resources’ portfolio of the Polar Bear project in Western Australia, besides a 67 per cent interest in a portfolio of titillating gold and base metals exploration properties in Sweden and Finland.

Polar Bear was an important exploration project for Sirius before the discovery of the Nova-Bollinger project.

More importantly, it provides Bennett with the possibility of actually cutting the ribbon on a new mine – something which has been wrenched away from him by the Independence deal.

S2 Resources is not listed yet. However previous shareholders of Sirius will automatically become S2R shareholders at a ratio of two to one.

Although S2R is a public company, Bennett said the company anticipates being admitted to the ASX by the end of October this year.

The company is in the enviable position of beginning life on the boards of the ASX with $22 million in the bank, something Bennett admits would be difficult to achieve had the company started as a new IPO.

“We basically want to do Sirius all over again, and we believe that we can” Mr Bennett said.

“We have a plan. We have a bunch of assets. We have a whole range of opportunities flowing towards us as a result of our Sirius experience.