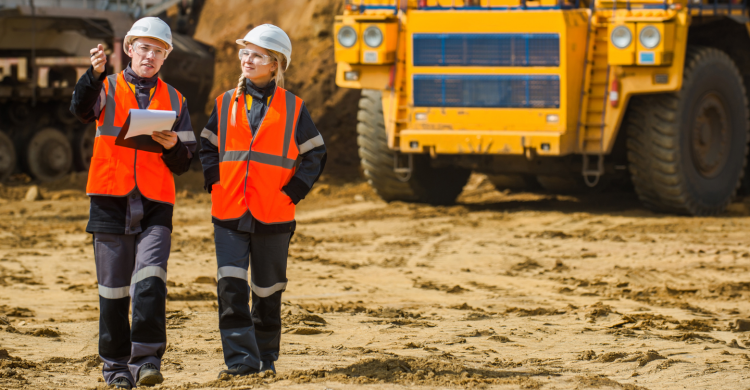 The WA Government is focusing on exploration investment, sustainability and streamlining processes for the resources industry.

The Mineral and Petroleum Resources Development Strategy released last month forms part of the key reform initiatives implemented by the State Government to improve the approvals processes for mineral and energy resources activities.

The strategy will align policies and approaches of Government ensuring the development of the resources sector provides both economic and social benefits to the community.

A “best-practice regulatory framework” is necessary as the State’s mineral sector grows, according to Mines and Petroleum Minister Bill Johnston.

“We expect demand for WA’s minerals to continue to grow, driven by the global transition to a low carbon future and an increasing demand for electric vehicles,” Mr Johnston said.

“WA’s mining and petroleum industries’ timely response to the pandemic enhanced our global reputation as a reliable supplier and maintained our position as the engine room of the national economy.

“The Government is committed to ensuring a best-practice regulatory framework remains in place to ensure the responsible and sustainable development of our State’s resources.”

Additional focus areas of the strategy include regional areas, innovation, and entrepreneurship, and aim to promote WA’s competitive advantages to uphold its position as one of the world’s most successful resource sectors.

“In order to maintain our status as a world leader, it’s vital that industry, government and communities continue to collaborate to unlock the potential of the $140 billion of projects currently in the sector’s pipeline in WA,” Mr Everingham said.

“It’s also crucial that our sector has access to the right people, with the right skills, at the right time to capitalise on the considerable opportunities in front of us.”

Mr Everingham was most interested in the priority area of streamlining processes within the industry and how the government would contribute to this through tangible initiatives.

“We want to see meaningful deregulation and removal of duplication across a variety of policy areas, to provide strong incentives for mining and resources companies to make efficient large-scale investments that drive our sector,” Mr Everingham said.

As part of Streamline WA, the Government announced in July a $120 million investment that would streamline the  approvals systems, with extra resources being allocated to the Department of Mines, Industry Regulation and Safety (DMIRS). Other initiatives of Streamline WA include a centralised approvals website and reduced reporting.

Exploration is critical to the Australian economy, as discussed in last month’s newsletter, with the McGowan Government increasing the Exploration Incentive Scheme (EIS) to $12.5 million per year starting in 2021-22, $2.5 million more than 2020-21.

“This additional funding to $12.5 million a year could help find the next big resource discovery, which in turn leads to new mines and new jobs for Western Australians,” Mr Johnston said.

The continued funding encouraged long-term exploration in WA to ensure the sustainability of the resources sector.

To uphold the WA mining industry as an environmental and socially responsible sector, the State Government will focus on the implementation of risk-based and transparent regulation and key policy decisions.

The recent DMIRS Resources Sector Excellence Awards saw Gold Fields and EDL, and the Dandjoo Darbalung program, announced as award winners in recognition of their environment and social contributions.

The Dandjoo Darbalung program, supported by St Catherine’s College, IGO, AngloGold Ashanti, Sandfire Resources and Barminco, won the Community Partnership award for their provision of support services to Aboriginal and Torres Strait Islander students in Perth to help them succeed in their tertiary studies.

It is the largest Aboriginal residential program in Australia.

The strategy sets out to benefit the wider community and associated industry sectors, according to Mr Johnston.

“Expanding the diversity of the resources sector also benefits wider industry sectors, as demonstrated through the success of the State’s Mining Equipment, Technology and Services sector,” he said.

The METS-Mining Sector collaboration supports almost 10 per cent of all full-time employment across Australia and contributes an estimated 15 per cent of GDP.

In support of this growth, both State and Federal Government provided funding for the establishment of the Austmine METS Digital Mining Export Hub to a combined value of $850,000.

The Hub will develop regional WA companies to increase their digital mining capability and form networks to provide access to global mining markets.

BHP has seen technology providing tangible benefits to the mining sector with operational technology improving safety and increasing productivity across its operations.

Through an in-house machine learning tool, Trident, they reduced planning time of monthly customer shipping schedules from half a day to 30 minutes at their copper operations in Chile.