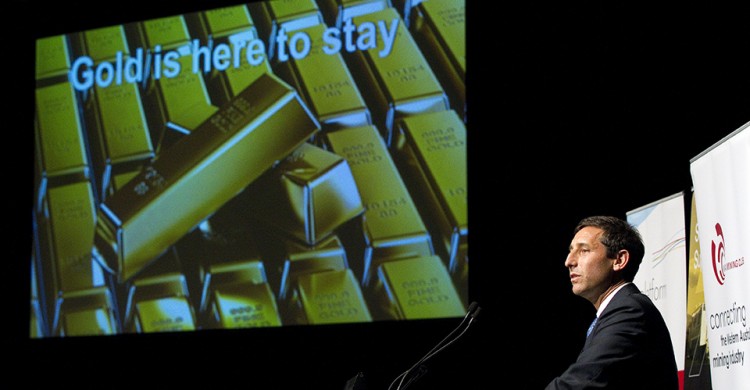 A common thread tying several of the WA Mining Club’s standout presentations in 2017 has come in the form of a warning.

The head of Australia’s second biggest gold mining company, Jake Klein from Evolution Mining, told guests at the WA Mining Club November luncheon that the industry has an image problem.

“We need to compete with the allure of the likes of Facebook and Google to attract and retain the best and brightest talent back to our industry.

These sentiments echo those of IGO boss Peter Bradford who at a similar Mining Club event in August forewarned that the industry is not doing enough to encourage students coming out of high-school to think about a career in mining.

Nationwide at the top four mining schools, the number of students doing fourth year mining engineering is around 230 dropping to 130 in the third year and 60 in the second year.

And according to Klein, the industry’s image problem is not restricted to attracting talent either.

Evolution’s executive chairman went on to say that while he is proud to be part of vibrant and healthy mining sector that employs more than 200,000 people the reality is that the support and understanding of the general public of the industry’s past and future prosperity is eroding.

“Few people would recognise that a job in mining is safer than one in agriculture, forestry, construction, fishing, transport or manufacturing,” continued Klein.

“It is critical for us to regain the high ground in the debate of the priorities of our country and ensure the undeniable importance of the resources sector resonates more broadly. If we do not take on this challenge, we run a very real risk that we will continue to be seen as a politically acceptable target and situations like the recently proposed 50 per cent increase in the gold royalty in Western Australia – which was appropriately not approved by the WA Parliament – will continue to occur.”

These repeated warnings have led the WA Mining Club to put together a business case with the view to developing an industry-wide approach to engage with younger students through a comprehensive school’s program.

Set to be completed by 30 June 2018, the development of the business case is led by Sharon Goddard and Damien Connelly who have already secured in-principle Ministerial support and will engage with the Education Department and industry to gauge interest and collaboration opportunities to develop the dedicated program.