Tech no substitute for people – Rio. 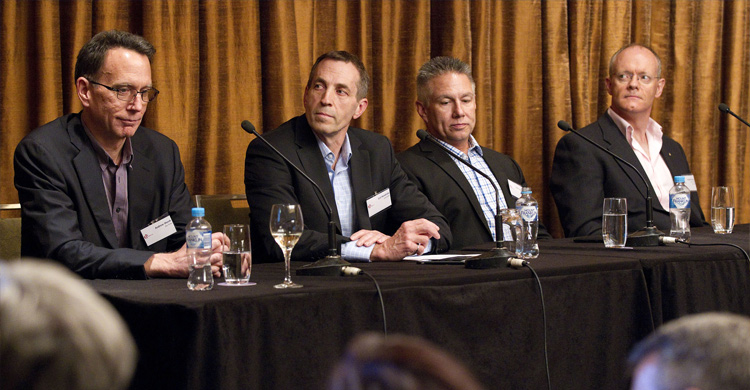 Tech no substitute for people – Rio.

No matter where you turn, innovation and productivity are the order of the day.

The WA Mining Club hosted its first Education Series focused on just that, which highlighted the importance of people in an increasingly automated mining sector.

Rio Tinto has been an early adopter of technology at its mines around the globe. So much so and it now spruiks its ability to operate activity from remote operations centre based in Perth. It includes driverless trucks and automated drilling – among other elements which the mining giant is keeping under its hat.

But Andrew Shook, Rio Tinto’s General Manager, Innovation – Technology Platforms says despite the increase in automation, people are just as important as ever.

“The reality is that you can only get so far with removing people from the equation,” Mr Shook told attendees at the Education Series event.

“Simply removing human beings is not all that interesting or exciting. The exciting bit is what increasing productivity does to increase output,” Mr Shook said.

“What we are really finding is that when you innovate, the most important thing is people and it’s about figuring out the thing that you need to be automated.”

Mr Shook said that it was important for companies to design people into any loop which included technology, because people and technology relied equally on each other.

“When you do it right, the really boring jobs get automated,” he said.

Caterpillar’s Mining Automation and Solutions Regional Manager, Carl Hendricks, said it was easy for companies to get excited about technology and say it will do the ‘heavy lifting’ but that’s not the reality.

“The technology is what we are going to use – it’s the people that adapt this cutting edge, innovative, technology to get the full potential out of it,” Mr Hendricks said.

Mr Hendricks also said executive vision and leadership were a key part of successful innovation involving technology, which is what had been a large part of Caterpillar’s success at Fortescue Metals Group’s Solomon mine where 45 driverless trucks were now operating.

Howard Thomas from Simplicity from Complexity offered a differing opinion; that technology and innovation wasn’t actually that complicated, but layers of management had made it so.

“Things are an awful lot more simple than we make them out to be. It’s not about doing more with innovation, it’s about doing a whole lot less and making it simple.”