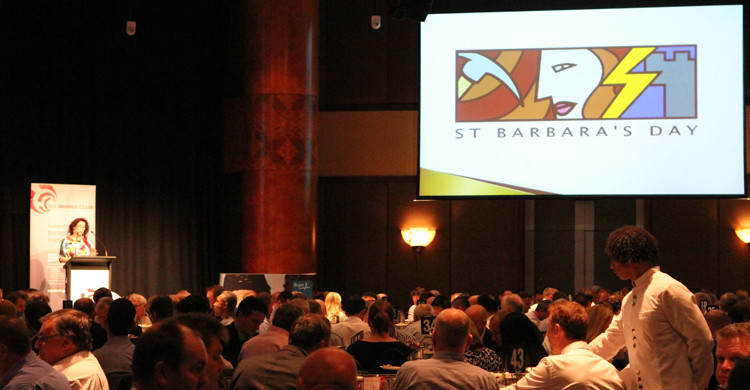 The West Australian Mining Club’s prestigious St Barbara’s Day Luncheon is almost upon us. The luncheon, being held on Friday 4th December, brings WA Mining Club members and industry professionals together to recognise the people dedicated to the mining industry.

St Barbara’s Day is a time to remember those who have been lost in the industry throughout the year. It is also a time to celebrate the rich endowment of mineral wealth that underpins much of our economy and provides hope for the future.

The luncheon promises to draw more than 500 people in a consolidated mark of respect and celebration in honour of the patron saint of mining.

Andrew is an active advocate in the communities in which he has lived and worked, focusing on initiatives that more directly link the community with local mining operations. Most recently, Andrew continued Rio Tinto’s leadership with Indigenous Australians, supporting constitutional recognition of Aboriginal and Torres Strait Islander people through the “Recognise” campaign.

The WA Mining Club will hold a much-anticipated prize draw for its annual fundraising raffle with all proceeds donated to the Royal Flying Doctor Service.

For more information or to register for the luncheon, please visit our event page