Kazakhstan – rights and risks for mining 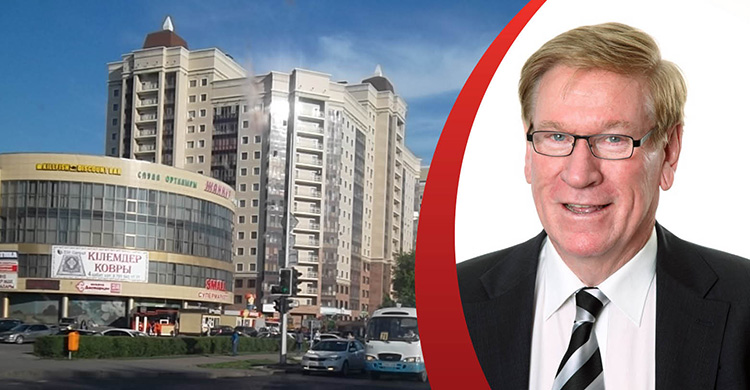 Kazakhstan – rights and risks for mining

Mining is a global industry that takes many of our members to some of the most exotic and remote locations you can think of; providing the experiences and stories of mining industry legend.

We have asked some of our Australian colleagues to share the experiences of the weird and wonderful places their roles have taken them to.
This month Damian Connelly from Midas Engineering shares his experiences in Kazakhstan.

Why is this region important to mining?

Kazakhstan is the most economically advanced of the ‘stans’ thanks to its proximity to the Caspian Sea and the abundant oil reserves of the region. This region is well known to the Oil & Gas industry, with its world class oil reserves touted as having a similar potential to Saudi Arabia.

What many people don’t realise is Kazakhstan has a wealth of mineral resources and opportunities for investors and service providers.

What are the key commodities?

Kazakhstan is obviously a major producer of oil, other commodities include uranium, gold, zinc, coal, iron ore and steel. It is also the worlds’ third largest producer of chromium and manganese.

What other industries are operating in the region – does that make it easier to do business?

Many of the major oil companies have been operating in the region for some time and that obviously has a positive influence and lays a pathway for others wanting to do business in the region. European trade agreements and investment has also grown steadily since 2002.

Power, water and labour costs are very low by world standards, making it an attractive place to do business.

Agriculture for export to neighbouring countries is a focus area including sheep, wheat, horses, beef.

Tourism is another growing industry and the biggest city Almaty is almost reminiscent of Europe with leafy avenues and chic cafes.

What opportunities are available for Australian investment and business?

There are huge opportunities for Australian Companies with expertise in oil & gas, minerals and infrastructure.

There is great interest and significant interest in technology, and there are investment and partnering opportunities.

What are some of the considerations for doing business – accessibility, sovereign risk, remote location, infrastructure, etc.?

According to the World Bank rating of ease of doing business, Kazakhstan is ranked 41 with Australia 13 and Chile 48.

Sovereign Risk is low. Foreign investment is growing strongly. EU-Kazakhstan bilateral trade and economic relations have been growing steadily since 2002.

The internal road system is excellent. Asana the Capital is very modern and it is very safe for foreigners. Phone and internet coverage is excellent.

However, a translator is a necessity when doing business. Very few people speak English and business is conducted in dual languages, even then you still need to be careful as interpreters can struggle when trying to convey technical concepts.

What is the cultural business experience like – is it social, where is business done, are there any special quirks we should know about?

This is an ethnically diverse community including Kazakhs, Turks, Russians, Chinese, Mongolians and Iranians. They are very polite, hospitable and friendly people. They love food and entertaining. They warm to foreigners and particularly like Australians because they joke and laugh. However, many locals haven’t travelled outside of their own country. As such, their experience of Australia is very much shaped by television shows they may have seen.

Business is done over a mildly alcoholic drink called Kumis, which is fermented horse milk. It isn’t to our taste, but you do need to try it. Horse is also the traditional meat. Some people might find this a bit difficult as we don’t tend to want to eat horse. But it is part of the culture of Kazakhstan.

What was the one challenge you didn’t think you’d be able to overcome?

The climate is very cold for about nine months of the year. At the peak of winter, it can be as cold as minus 40 degrees Celsius and in summer it gets up to 5 – 10 degrees Celsius.

This makes it a very different environment to work in. It is so cold that even the process plants are internally heated. At times, it can be so cold and wet the equipment need slagging and to ensure the steel doesn’t become brittle and crack.

Transporting workers in sleet and snow is another aspect we wouldn’t normally have to think about, but it can be difficult and risk mitigation factors must be put in place.

What are the differences in the mining practices between this region and Australia?

Technology and automation wise they are not far behind Australia and they are keen to learn about anything new.

The key difference is in the approach, it is a lot more academically focused, where as we tend to have a more pragmatic approach to things.
For example, they have taken a position of zero impact, but it is a position developed based on research. This is backed up by a significant level of highly organised training, which results in very high safety standards. Our major operators spend a lot on training but not to the extent that these people do.

I was very impressed with the very high standards for Safety achieved.

Similarly, the environmental standards were much stricter than Australia, again with a strong focus placed on research. Staff turnover is very low and there are no industrial issues, perhaps because of the high standards required.

What expertise and influence can Australian business bring to this region?

Australia can assist greatly with technical expertise in mining and oil and gas exploration, project development and production. There are plenty of opportunities and areas where Australian companies have much to offer.

As an Australian business involved in mining, how were you received by local business, was there interest in understanding our mining practices and application of technology?

They were extremely hospitable, friendly and loved to hear about our experience. They were keen to obtain technical papers and information on the technology we use. Of interest was automatic process and control process plant automation. This is an area they are sound in but there are areas where they could do better.

What interesting mining/technology practices did you take away from your time in this region?

There are certainly lessons to be learned from Kazakhstan on the safety and environmental front. For example, their medical OH&S research was far ahead of ours.

While I was there I was informed of an OH&S issue with cyanide exposure, which I was not aware of previously.

The research showed long term exposure to lower levels of cyanide than are acceptable in Australia are still harmful.

Since my return to Australia I have shared this information with the WA Mines Department, because I believe we can all learn from each other.