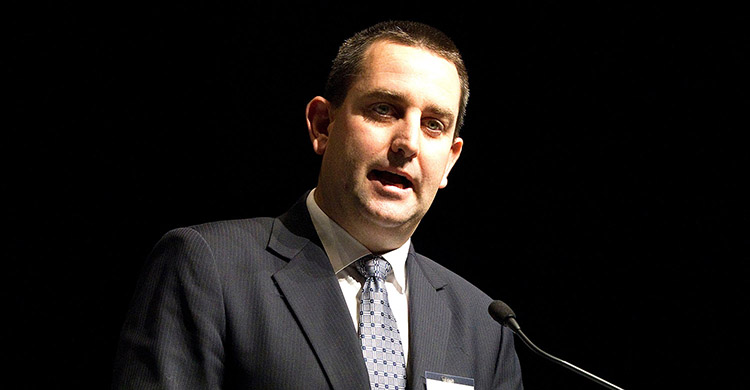 Speaking at the WA Mining Club October Luncheon, Mr Finlayson decided to skip the Saracen Minerals slides, instead putting forward a case for a return to a gold premium.

Mr Finlayson told members gold projects have traditionally traded above net asset value relative to other commodities, including as a monetary asset, especially in times of economic uncertainty. However, growth for growth’s sake and companies over promising and under delivering had diluted value and ‘punctured’ the gold premium between 2010 and 2013.

He says executives were caught in the hype of the gold price and a focus on marketing at the expense of running their businesses. That is despite gold prices having been strong in US dollar terms.

“We blew up our gold premium in about 2012 and sadly it was all our own undoing,” he said.

Although the depreciation of the exchange rate had helped some metrics, he said the two most important changes of recent times contributing to a lift in Australia’s mid-tier gold producers and supporting the building of a strong case for trading above underlying value was a return to “good stewardship” and “uncompromised and well considered strategy”.

In building his case to justify a gold premium, Mr Finlayson set out the winning attributes through a peer group of Western Australian miners – including Saracen Mineral Holdings, St Barbara, Regis Resources, Northern Star and Evolution Mining – he says are outperforming many of the larger international players on a range of factors including debt levels, corporate overheads and all-in sustaining costs.

Recently promoted into the ASX 200 on the back of growing production and cash flows from its two WA Projects, Carosue Dam and Thunderbox mine, Saracen Minerals has recently achieved its five-year target of 300,000ozpa and was an obvious inclusion in the premium group.

“As we know the market is forward looking, it is really all about what happens next. On that front we have a fairly-good looking growth profile with the second-best compound annual growth rate of 29%, which is second best relative to 87 global gold dealers,” he said.

While overtly flying the mid-tier Aussie gold producers flag, Mr Finlay was also clear there were some hurdles ahead.

He says a great deal had been spent on exploration in the past five to six years with little to show in terms of new ounces.

“Less gold in major deposits has been discovered over the past six years than in any single year in the 1990’s,” Mr Finlayson said.

“We’ve got a situation where we’re spending a lot more into the ground and getting a lot less yield.”

He says there are strong arguments that gold is currency or will act like a currency. But surely at some point in time supply and demand factor will become a factor.

“Clearly we are in a window where discovery and drilling is the highest priority. That will change, it has changed over the last three years and it will change again.”

Speaking after the event, Mr Finlayson said the market was at a point where drilling for discovery would be cheaper than acquisitions.

Update: Saracen Mineral Holdings has been highly active since presenting to members; announcing an exploration partnership with AngloGold for its Carosue Dam North tenements and the securing of a $150million debt facility with a syndicate of international banks.