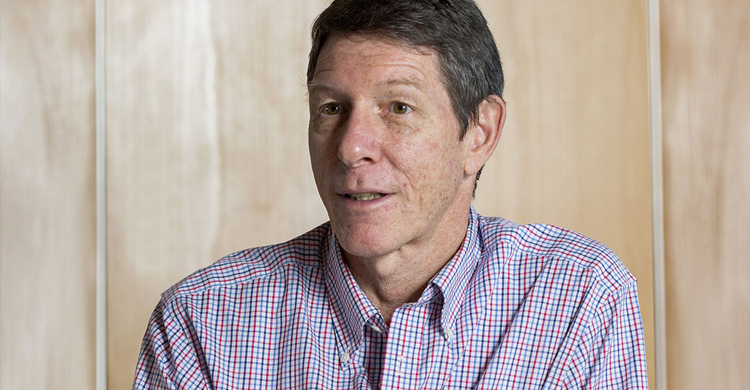 Brockman Mining has had a significant win in its claim for access to rail infrastructure owned by Fortescue Metals Group – but it’s just the latest milestone in a prolonged battle.

We explore what it means for the sector, as well as Brockman itself.

“[I feel] vindicated, with a touch of relief. We were always confident…however there is always a nagging concern that some technicality could get up to bite you,” those were Colin Paterson’s thoughts after hearing the WA Court of Appeal’s ruling in favour of Brockman on February 29th.

“We need to keep in mind, however, that this is just a small step in what is turning out to be an unnecessarily long, drawn out, process.”

It’s a process that started nearly three years ago when the Economic Regulation Authority approved the commencement of negotiations between Brockman and Fortescue’s subsidiary The Pilbara Infrastructure.

“Brockman had completed its studies and had environmental approval for the Marillana Project by early 2011 and it is a matter of public record that we were in negotiations for haulage with FMG at that time.

“Those negotiations were not able to be concluded satisfactorily despite a strong willingness on our part. It was only after this setback that we made our application for access…”

Subsequently, Brockman lodged the claim. FMG has fought it all the way, which Mr Paterson said had taken a toll on the company.

“Brockman had built up a highly experienced and well-regarded team ready for the construction phase of the project. Unfortunately, given the delays with the process, many of these people have been headhunted by other organisations – we are now reduced to a nucleus of key staff.

“But we have used this time constructively, progressing with several enhancements to the design of the processing plant and also identifying significant capital cost savings in the development of the project.”

The judgement last month ruled that Brockman’s original claim asking for haulage of up to 20 million tonnes per annum of iron ore was valid – rejecting the repeated appeals from FMG.

It was a ruling that, expectedly, FMG refuted.

“[Brockman’s] proposal was lodged nearly three years ago and they have yet to demonstrate that they have the financial and management capability to carry on the proposed rail operations,” FMG chief executive Nev Power said in a statement on the day of the ruling.

“In the current economic climate, we consider it highly unlikely that they will be able to do so.”

Mr Paterson said the argument led to a “chicken and egg” scenario and expected FMG to continue to stand in the way of its access claim.

“We fully expect FMG/TPI to take whatever steps they can to further delay the process,” Mr Paterson said.

“Brockman needs to have its infrastructure solution before it can get funding, so this leads to a chicken and egg situation and FMG is well aware of this. In relation to capability to get a new project up, the same thing was said about FMG when they first started their Chichester operations.”

Despite expectations opposition will continue, Mr Paterson said the Appeals Court outcome was positive for the Brockman and peer miners.

“The real take-away at this stage is that the infrastructure owner whose railway lines are subject to the Railways Access Code, namely TPI and Roy Hill, will not be able to use the same arguments in the court system to deny other juniors from accessing their systems,” Mr Paterson said.

“I would expect that once Brockman is successful in this current application, precedent will be set and that will make it much easier for future access seekers.”

Mr Paterson also said that Brockman was not putting all its eggs in the one basket in relation to rail access. “Brockman is not relying solely on gaining access to TPI’s line and have continued to explore all avenues for an infrastructure solution. If something presents that provides a more economically attractive, timely and certain solution, we will pursue it” he said.

News Editor at Business News, Mark Beyer, has been following the case since it began in 2013. He agreed with Mr Paterson that the key outcome was setting a precedent.

“This case is all about securing legal rights for the next big upturn in the iron ore market when new mine developments become commercially attractive,” Mr Beyer said.

“All of the big miners have resisted overtures from smaller companies to use their rail infrastructure. The simple reason is that they want to retain control of their infrastructure, to ensure nothing gets in the way of maximizing the efficiency of their own operations.”

“Mineral Resources has been promoting its Bulk Ore Transport System, or BOTS, as an infrastructure solution for small miners in the central Pilbara. But it remains to be seen whether MinRes will proceed with this elevated railway project.

“In the west Pilbara, BC Iron is continuing with studies of its Buckland Project, which involves construction of a private haul road and a 20 mtpa trans-shipping port. BC Iron said [earlier this month] this could accommodate increased throughput, including from other prospective west Pilbara iron ore producers.”

In the meantime, in the absence of a strong market demanding increased infrastructure access, discussions continue and Brockman prepares itself for the next obstruction from FMG.