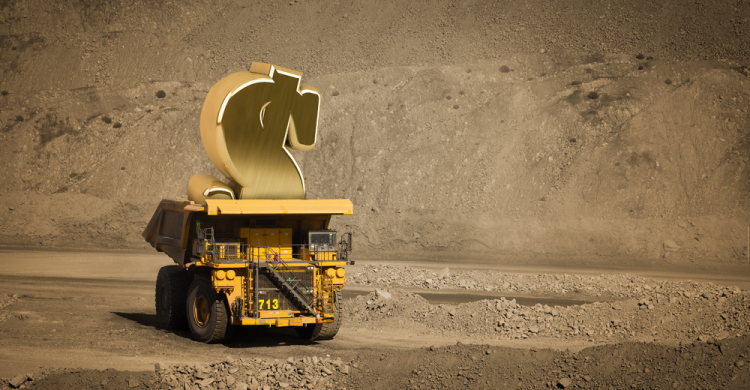 Described as a mixed bag, the McGowan Government’s 2019-2020 State Budget holds a return to surplus and welcomed jobs growth in one hand, it holds an increase in fees and charges and axed projects in the other.

“Last year’s budget was delivered one week before the Productivity Commission released its report into the GST redistribution model, and this year’s budget shows the benefits that are now flowing to WA under this ‘better deal’.”

“This combined with a short-term spike in the iron ore price, has meant that WA has been able to deliver its first surplus in five years,” said Matt Budge, a Partner at professional services firm PwC.

Both the Federal and WA State Budgets are highly sensitive to movements in the iron ore price. Due to higher than forecast prices, the WA Government has found itself with nearly $1 billion in extra royalty revenue for 2018-19.

According to PwC’s Matt Budge, a US$10 movement in iron prices impacts the Federal Budget by around $1 billion, and the WA State Budget by around $800 million. With iron ore prices hitting $US100 per tonne for the first time in five years due to a 90Mt deficit in the market on the back of tailings dam collapse at the Brumadinho mine in Brazil in January, WA’s coffers could be filled earlier than anticipated.

The current result is an estimated surplus of $553 million for 2018-19, with predicted surpluses rising to over $2 billion from 2020-21 to 2022-23. Net State debt is now forecast to peak at $39.5 billion, although this number is roughly $2.5 billion higher on a like-for-like basis after taking into account the adoption of the new lease accounting standard. The Government points out that debt is now $4.1 billion lower than forecast, saving WA roughly $508 million in interest costs.

“With disciplined management of expenditure, the McGowan Labor Government has delivered on its pledge to return the budget to surplus – after just two years in office.

“The Budget vindicates the Government’s approach to expenditure restraint so much so, that even without the GST floor top-up payments, the McGowan Government would still achieve operating surpluses across the entire forward estimates,” said WA Treasurer Hon Ben Wyatt.

While the Government has carefully watching its spending, it has committed to several investments targeted at job creation, supporting the diversification of the economy and encouraging investment and growth in critical sectors.

More than $2 billion has been set aside for regional road works, many of which will benefit mining communities and provide access to major projects.

The Government is on track to meet its 150,000 jobs target, with 37,000 jobs created since coming to office just over two years ago. The budget continues to support jobs creation, including investment totalling $4.1 billion over the next four years for METRONET, with construction on key projects set to commence from 2019-20.

A total of $182.4 million has been allocated for a new Employer Incentive Scheme and training subsidies, including more than $45 million for regional Western Australia.

Under the scheme, businesses will receive a base payment of up to $8,500 for employing an apprentice or new entrant trainee. It’s estimated this scheme will extend State Government support to nearly 6,000 businesses.

“The State Training Board has identified that cost is a significant barrier to taking on an apprentice or trainee. The Employer Incentive Scheme will help reduce this barrier and grow apprenticeship and traineeship commencements,” said Hon Sue Ellery MLC, Minister for Education and Training when unveiling the program.

McGowan Government is also investing in the next generation of workers by boosting science in schools to prepare students for future jobs in science, technology, engineering and mathematics (STEM). Around $3 million is being invested in 2019-20 as part of the State Budget, towards converting 51 primary classrooms across the State into science laboratories.

The increase in STEM funding has been welcomed by WA Mining Club President Kirsty Danby.

“We see an opportunity to encourage future generations to understand why STEM is crucial to their future and the WA Mining Club is working with leading education provider Fire Tech Australia to promote STEM unitED,” said Ms Danby.

STEM unitED – a school program aimed at promoting careers in STEM – will introduce thousands of Western Australian Year 9 students to the world of robotics and drones. The program is set to reach 6,000 students this year and 20,000 by the end of 2020.

The budget is not all good news with household fees and charges set to increase, if modestly.

Power prices will increase by 1.17 per cent – around $30 annually per household – compared with an average of eight per cent over the last decade.

Vehicle-related costs are set to rise by around $22 per year per car, and there will be no increase in the cost of licences.

The budget also signified an end to Collie’s $60 million biomass and solar project, earmarked to diversify the town’s economy and provide job certainty to workers in WA’s only coal mining district. The resources will now be directed into a new Industry Attraction and Development Fund to create local jobs and secure the future of Collie.

“This is a significant investment in the future of Collie and is the latest in a series of measures that will grow the local economy and create long-term jobs.

“The Industry Attraction and Development Fund will be crucial in facilitating investment in large-scale initiatives to Collie, to generate growth in a diverse range of industries,” said Premier McGowan.

Notably missing from the budget and surrounding commentary was a potential increase in gold royalty payments. The idea was hotly debated when Ben Wyatt floated the increase after coming into power in 2017.

The plan was quickly rejected by the opposition courtesy of intense lobbying by the gold industry, only to raise its head again as a sidebar when the Treasurer announced the 2018/2019 budget.