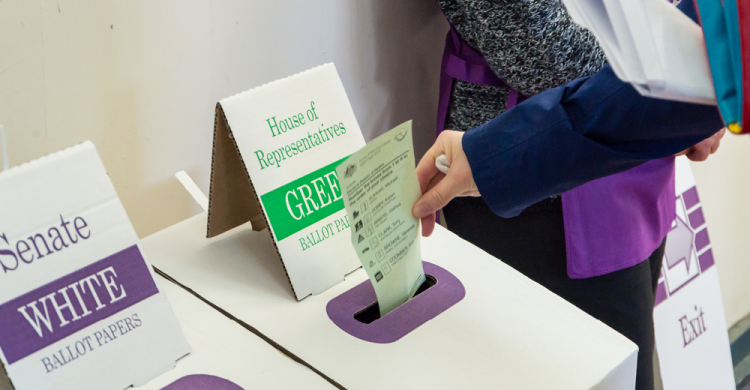 No matter where their political allegiances reside, resources industry stakeholders have been quick to throw their support behind the Coalition after their Federal Election win.

According to the chief executive officer of the Minerals Council of Australia – Tania Constable – the result is welcomed news for the 255,000 Australians directly employed and 1 million indirectly supported by the resources sector.

“This is a win for regional jobs, particularly in the big resources states of Queensland, New South Wales and Western Australia. There is now a clear mandate for resources projects that have lawful approvals to proceed, such as the Adani coal mine in central Queensland and the Yeelirrie uranium mine in Western Australia,” said Ms Constable.

Though the Adani coal mine was a polarising topic during the election, Australian Resource and Energy Group AMMA chief executive Steve Knott said that regional communities in Queensland needed confidence that an ALP Government would support new investment projects.

“This wasn’t just about the Adani project; it was about sending a message that Australia remains an attractive place to invest. Now the ball is in the Queensland Government’s court to recognise this undeniable wave of support for job-creating projects,” said Mr Knott.

While the resources sector generates $278 billion in exports and $20 billion in taxes and royalties each year, Ms Constable says that the Coalition’s Government’s proposed tax changes and responsible 2019-20 Budget will provide further opportunities for large and small business alike.

The Government is increasing the instant asset write-off threshold from $25,000 to $30,000 per asset. Eligibility for the scheme has been expanded from small businesses (up to $10 million in annual turnover) to medium-sized ones (up to $50 million).

The company tax rate for small and medium-sized companies with an annual turnover of less than $50 million has also been lowered to 27.5 per cent. This rate will be reduced further to 25 per cent by 2021-22.

Outside of healthy economics and tax cuts, industry insiders such as Evolution Mining’s chairman Jake Klein say that collaboration with Government is essential to maintain the prosperity of the sector.

“These types of initiatives will position us competitively and ensure the sustainability and profitability of our sector in the future,” said Mr Klein.

Kirsty Danby, President of the WA Mining Club congratulated the Coalition on behalf of all club members.

“The most recent election has proven that mining is no longer a local or State-level topic, but part of the national conversation. Ongoing engagement with organisations such as the Mining Club will help prepare the Federal Government and the Opposition party to not just participate in that discussion but to lead it in an informed and balanced manner,” said Ms Danby.

In a similar vein, both MCA and AMMA agree that the National Resources Statement, which was delivered last year, gives the Coalition Government an ideal platform to collaborate.

The Statement identifies five key actions critical to the industry’s future success and is a building block for developing skills and workforce capabilities to ensure a diverse pool of people can access the industry’s opportunities.

“Through future-focused policies, stability in the regulatory environment and pursuit of critical initiatives, the industry’s opportunities can be unlocked to continue creating jobs and growing the economy.

Knott believes that this should start with lifting governance standards and accountability for all employer and union organisations registered under the Fair Work Act, through the passage of the Ensuring Integrity Bill that passed the lower house in the last parliament.

“Life-of-project enterprise agreements for mega projects should also be legislated, as recommended by the 2015 Productivity Commission’s review of Australia’s workplace relations system.

“Nation-building resources and energy projects often have lead-times of up to a decade and take on average seven years to build. Certainty around cost and timing is the most critical element to ensuring such projects go ahead.

“For this reason, life-of-project agreements are critical for Australia to secure the next wave of resources and energy projects,” said Mr Knott.