Miner of the Month – Pilbara Minerals 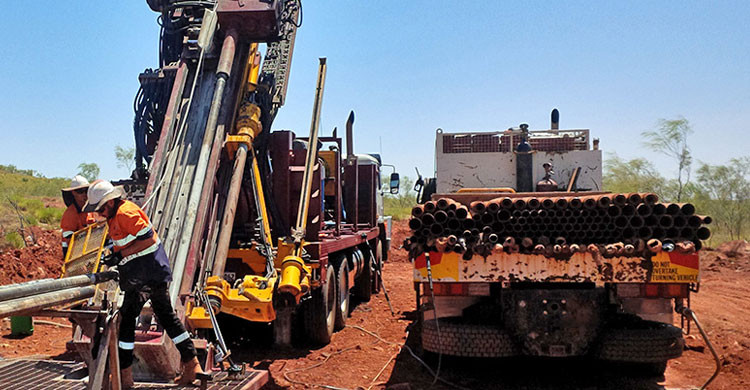 Miner of the Month – Pilbara Minerals

In less than a month Pilbara Minerals Limited’s market value has significantly increased with the company now valued at more than $72 million (at time of publication).

Boosting interest in the company has been a flutter of announcements of strong geological results at the company’s projects.

Akin to its name, the company’s projects are located in the Pilbara. It’s Tabba Tabba joint venture project – a 50/50 partnership with Nagrom Mining is located 75 kilometres east of Port Hedland.

Plans for bringing the Tantalum project into production are well underway with mining expected to start in the current quarter.

The project economics are also propped up by a five year off-take agreement with Global Advanced Metals.

However much of the excitement around Pilbara Minerals has come from its Pilgangoora Tantanum-Lithium project.

At the start of June Pilbara announced a further increase in its high-grade lithium resource at Pilgangoora, which was swiftly followed by another announcement that reverse circulation drilling had uncovered additional thick zones of lithium and tantalum mineralisation.

The updates have increased the Pilgangoora resource to a composition of 11.3 million lbs of tantalum and 237,000 million tonnes of lithium oxide.

The primary use of tantalum is in the production of electronic components specifically capacitors – a market which is growing rapidly thanks to increased use of capacitors in wireless and handheld devices.

Alongside the positive results Pilbara has launched a $6.465 million capital raising from professional and sophisticated investors made up of a placement and convertible notes.

In the weeks since Pilbara’s share price has risen from a lull of around 4 cents each to above 10 cents for the first time in five years – even touching on 15 cents in mid-June.