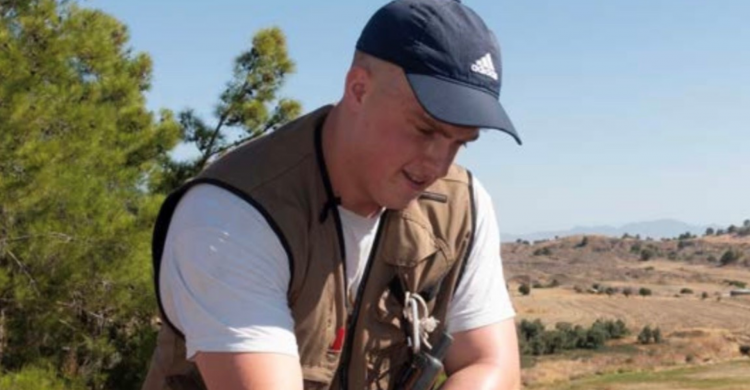 Dan Morgan has been involved in the mining industry for 19 months, starting while on a university placement in Serbia for his third-year dissertation.

“I spent three weeks learning how to conduct myself underground, working in a safe environment, whilst working efficiently to achieve the best results,” he said.

“After completing my placement, I decided to pursue a master’s degree on structural controls of gold mineralisation in Western Africa, aiming to improve my knowledge and understanding of structurally controlled gold deposits.”

He graduated from Cardiff University in 2019 and started work as a junior exploration geologist in Cyprus on a three-month contract.

“Previous exposure to Cyprus during a university trip meant that this was an ideal place to start my career. I assessed greenfield and brownfield Volcanic Massive Sulphide (VMS) sites to evaluate reserve potential in Southern Cyprus,” he said.

“When my contract ended in October 2019, I decided to come to Australia to experience the world-class mining it has to offer.

“Since then, I have been working as a graduate mine geologist for Northern Star Resources, being exposed to the best practices of Australian mining.”

Dan’s current role at Northern Star Resources has him working as a graduate underground geologist at its South Kalgoorlie Operations.

“The last 15 months with Northern Star have been very interesting.  I have learned many new skills to help progress my career and met some amazing people along the way,” he said.

“I will continue to develop my skills as a geologist during the second half of my graduate program, where I will move to exploration within the Northern Yandal Greenstone Belt.

“As an underground graduate geologist my daily responsibilities include, but are not limited to, generating production reports, core logging, QAQC reporting, underground mapping, and validations.”

Dan gets to put on his work boots every week on site, “whether out at a drill rig or underground in my gumboots sampling a heading,” and has found WA to be the most exotic mining location as it is “the best coastline I have been to in the world.”

Dan finds being part of new projects and “getting out in the field to see what potential they may have” is the most interesting thing he has been involved in during his time in the sector.

He has been a WA Mining Club member for two months.

“The WA Mining Club is a great platform for young professionals to network with other professionals, ranging from graduates to CEOs,” he said.

“I like the way it is open to all; it is a multi-discipline club, ranging from geos to METS to miners to suppliers, which lets you get an insight into different parts of the mining industry.

“It also includes a range of events from luncheons to educational events.”

If Dan were not involved in mining, he would want to start a coffee business with his family and spend time with them.

In his spare time Dan enjoys bodyboarding, fishing and trips to Exmouth.

“I try to get out as much as I can when on breaks,” he said.

His three ideal dinner guests would be his mother, father and sister, as “I haven’t seen them for over 15 months due to COVID-19 restrictions.”

If Dan could change anything about the world it would be to eradicate COVID-19 and global diseases.