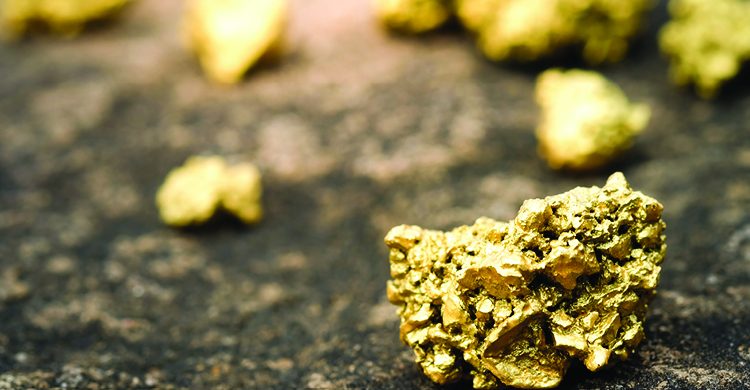 The lack of new discoveries is a common talking point among gold miners, and after centuries of drilling and digging for the metal, annual discoveries have plunged according to Goldcorp’s President and Chief Executive Officer, David Garofalo.

“The effort required just to replace – never mind grow – reserves every year is substantial. Our industry’s failure to reinvest in a meaningful way has resulted in gold reserves decreasing by a third over the last five years,” said Garofalo.

To put numbers to the claim, a report published in July 2014 wrote that over 24 years mining companies discovered some 1.66 billion ounces of gold in 217 major discoveries. And, while that may sound like a considerable amount, over the same period the industry actually produced 1.84 billion ounces of gold, highlighting that discoveries are not keeping pace with production.

Adding further pressure, the number of significant discoveries – those defined as deposits with a minimum of two million ounces of contained gold – shrunk over the same period, with the downward trend appearing to be accelerating.

It’s not just reserve replacement that is changing the landscape for gold miners, according to Garofalo, but developing new projects is becoming costlier and more complex than ever before.

“We are seeing a steady deterioration of value in the gold sector because of lack of industry growth, even though gold prices are quite robust, which has prompted generalist investors to sit on the sidelines, leading to deteriorating valuation multiples. This has driven companies to rethink all aspects of their operations, from how projects are evaluated and financed, to the delivery model for construction projects,” said Garofalo.

Since taking over the helm in December 2015, Garofalo has sharpened Goldcorp’s mission to produce three to four million ounces of gold annually, theorising that it’s challenging to produce anything beyond that mark in a sustainable manner.

“Our thesis is that there is a sweet spot for a sustainable production rate for any senior company in our industry, where you want to produce from as few mines as possible to capture the economies of scale that are inherent in that kind of infrastructure.

“It is our view that the optimum size is about three to four million ounces from six to eight districts, averaging 400 to 500 thousand ounces per district. We are focused on tailoring our current portfolio to meet these parameters,” said Garofalo.

While new multimillion-ounce discoveries have been thin on the ground, Goldcorp is still on track to increase output to the three-million-ounce level per year within the next three years as part of the company’s 20/20/20 strategy for 2021.

“In 2017, we launched a five-year growth plan to increase our gold production by 20 per cent, reduce our all-in sustaining costs per ounce by 20 per cent, and grow our gold reserves by 20 per cent. It is a bold strategy, and we’ve made significant progress,” said the Canadian CEO.

In the short term, increased production will come from the completion of several critical developments in Goldcorp’s project pipeline, including:

As part of the plan, Garofalo is aiming to reduce the company’s all-in sustaining costs by 20 per cent to $700 per ounce – one of the lowest amongst the top 10 largest producers.

“We will achieve this reduction through economies of scale as a result of increased metals production, and by realising $250 million in annual sustainable efficiencies from our existing operations, a target that was achieved earlier this year after a two-year efficiency drive. The program was so effective, we have extended it by another two years and increased the target by a further $100 million in annual efficiencies.

“Reserve growth will come from target generation at a number of our key mines. Most recently we are seeing very encouraging exploration results out of Musselwhite, Cerro Negro and Norte Abierto. We also continue with our strategy of investing in a diverse and significant portfolio of junior exploration companies for greenfield exploration,” said Garofalo.

While greenfield exploration in massive mining districts such as Canada or Australia may be akin to finding a needle in a haystack, wider adoption of innovative technologies means that miners are getting better at looking for needles. In fact, Garfolo believes that in the not-so-distant future, every mining company will be a technology company.

“The industry has started to embrace the need for step-change innovation to stay competitive and deliver higher value.

“As one of the largest and most innovative gold mining companies in the world, Goldcorp believes faster progress will be possible through cross-sector collaboration, and we intend to keep pushing boundaries by adopting and integrating disruptive technologies,” said Garofalo.

A demonstration of the company’s willingness to adopt technological change, Goldcorp is planning to build Canada’s first fully electric underground mine at its Borden Lake project near Chapleau in Ontario.

Once production starts in the second half of 2019, the gold mine will be one of only a handful of mines worldwide using an all-electric mobile equipment fleet to be powered entirely using electricity, instead of fossil fuels such as diesel. In addition to significantly reducing greenhouse gas emissions, the transition to electric power will make the mine more operationally efficient and significantly improve health and safety performance.

“We believe that innovative technology is the key to finding safer, more efficient and more environmentally friendly ways to unlock mineral value.

“Finding new and better ways to operate is a significant challenge facing all mining companies, and we have a shared responsibility to find workable solutions to these challenges. It means developing and sharing technological breakthroughs. It involves working in tandem with governments – rather than being regulated into compliance – to help them meet their climate change and environmental commitments. It also entails forging closer ties with our community partners to get a better understanding of their concerns and objectives for sustainable development,” finished Garofalo.