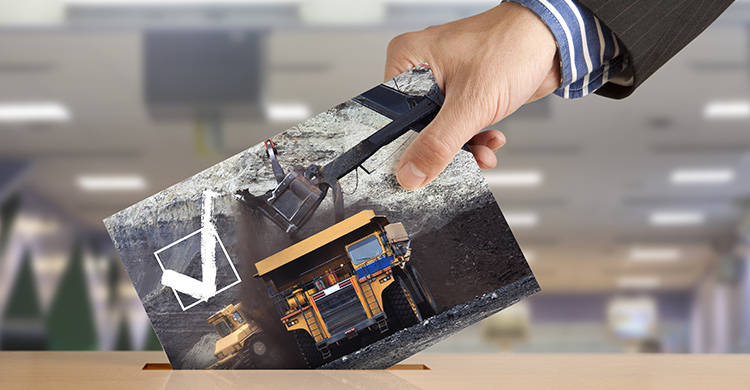 Small business has become a key talking point amid the Federal election campaign trail with both parties promising cuts.

We take a look at what the different policies mean for WA’s mining-focused small businesses.

The Coalition has positioned support of small business as a key policy amid its campaign by promising immediate tax cuts of up to 2.5 per cent for businesses earning less than $10 million.

Currently companies earning more than $2 million are subject to a 30 per cent tax rate while those earning less are taxed at a rate of 28.5 per cent.

First, he said moved to take the small business “bracket” up to turnover of $10 million, meaning as many as 90,000 more businesses would be brought into the lower tax bracket. Second, he moved to decrease that lower tax bracket from 28.5 per cent to 27.5 per cent.

“Higher investment will lead to permanent increases in wages, support jobs, increase consumption and result in higher living standards. The changes are expected to permanently lift the level of GDP by just over one per cent in the long term.”

It’s part of the government’s ten-year tax plan, which would see company tax eventually reduced to 25 per cent.

The Coalition is also planning to increase the unincorporated tax discount from 5 per cent to 8 per cent as well as extending the instant asset write off. That would enable every business with turnover less than $10 million to instantly deduct every asset under $20,000.

Labor has supported a tax cut for businesses with turnover of less than $2 million per year and the 25 per cent rate as a goal.

“Last year, from this dispatch box, I invited the government to co-operate on cutting the tax rate for Australian small businesses to 25 per cent,” Labor leader Bill Shorten said in the House of Representatives.

But Labor’s focus is firmly on the businesses earning less than $2 million and it has refused to increase the small business threshold to $10 million turnover; “Labor will support a tax cut for small business – but unlike the Prime Minister – we will not use this as camouflage for a massive tax cut to big multinationals,” Mr Shorten said.