Drilling for dollars: junior miners get inventive in search of funding 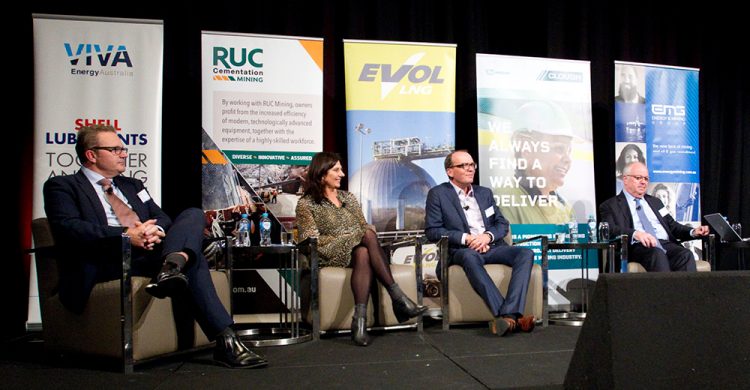 Drilling for dollars: junior miners get inventive in search of funding

As the resources sector transitions from a period of contraction to one of growth, junior miners have been the last to reap the rewards of improved sentiment with access to capital tougher than it’s ever been according to panellists at the Miners on the Move event hosted by the WA Mining Club in May.

The numbers back this up, with the world’s top 40 miners recording a 30 per cent surge in their combined market caps to $926bn in 2017, delivering an 11 per cent return on equity according to figures from PwC.

These figures are a stark contrast to lower-tier miners that missed out completely in the same period despite a surge in demand for metals and minerals like copper, zinc, nickel, cobalt and lithium.

“There’s no doubt that it’s getting harder to raise money from traditional debt institutions. There are no longer specialists in the field, there are more generalists. Meaning that you have to educate them in the process,” said David Southam, Managing Director of Mincor Resources.

Despite this difficulty, Mincor announced that it successfully raised $23 million just days before the Mining Club event to accelerate its Kambalda Nickel Restart Strategy.

However, it’s other funding channels that have proven to be fruitful to Mincor and other agile junior miners.

For Encounter Resources this has meant taking a project generator approach, partnering with Tier 1 miners as they seek to beef up their production pipeline in prospective regions. Case in point is the Paterson province in the East Pilbara and the Tanami region of the Northern Territory where Rio Tinto, Newmont, Goldcorp and Newcrest Mining are all actively seeking opportunities.

Encounter, which moved early to secure large tenement packages in both areas, has benefited via five joint ventures with Newcrest and a partnership with mid-tier miner Independence Group.

Newcrest, which has five joint ventures (JVs) with Encounter in the area, covering a total of 5,900 km2, will have the right to increase its interest in each JV to 80 per cent should Encounter not elect to contribute on a 50:50 basis.

“From a junior’s perspective, it really enables you to raise your eyes and look for bigger things,” he said.

“If the second prize is something that’s not quite the size for a major, it can come back to the junior and be a very nice discovery,” said Will Robinson, Managing Director of Encounter Resources.

According to MOD Resources’ non-executive director Bronwyn Barnes, this form of partnership benefits junior miners in more ways than just financial stating they can leverage the technical expertise, human capital and reputation in the process.

“Juniors run on the smell of an oily rag and only have two to three people working in the office at any one time, meaning that they’re very reliant on consultants and contractors.

“JV’s allow juniors to access the technical expertise and human capital that exists inside a mid-tier,” said Barnes.

The benefits do not only flow downstream according to Barnes with juniors shouldering the risk side of the equation provided that a mid-tier is willing to stump up the dollars.

According to Mincor’s Southam, offtake agreements – whereby companies secure cash by selling rights to receive future production from their mines – are becoming another attractive pathway for juniors to secure funding, particularly in connection with strategic metals such as lithium, nickel and cobalt.

In March this year, the company reached terms with BHP Nickel West’s giving the company the right to process up to 600kpta of nickel sulphide ore at the Kambalda Nickel Concentrator.

While BHP has “fallen back in love with nickel,” Southam says that other exciting offtake agreements are on the cards for the nickel industry.

“When you speak to OEMs – car manufacturers and battery manufacturers – they talk about what will be the next commodity after lithium and without a doubt it was nickel,” said Southam who urged everyone at the luncheon to buy an electric vehicle, which can utilise up to 50 kilograms of nickel in their batteries alone.

Representing the only current producer on the panel, Jeff Quartermaine, Managing Director and CEO of Perseus Mining took the pragmatic approach when discussing alternative funding channels stating that the company selected them on horses for courses manner.

“The thing that drives us in Côte d’Ivoire, is that there is an informal limit on the number of tenements that you can hold.

“From our perspective, we want to give priority to land packages that are closer to our existing infrastructure. Even if we have tenements that we regard highly from a mineralogical point of view, we may farm them out to juniors while retaining the ability to claw back in should they be successful,” said Quartermaine.

While Mr Quatermaine admits that these arrangements were yet to bear fruit, he hoped that the company’s fortunes were due to change.