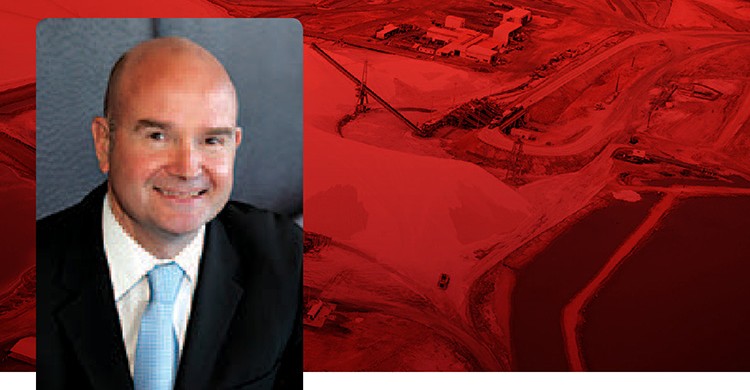 As head of Australia’s resource industry employer group, Australian Mines and Metals Association (AMMA), Chief Executive Steve Knott is known as one of the most forthright advocates of the industry’s contribution to the national prosperity. In this article, Steve explains why Australia’s resources success remains critical to our economic resilience, and how regulatory reform can better support resource employers in their bid to attract investment and create jobs.

There is no doubt that Australia’s resource employers head into 2017 facing ongoing challenges, adversity and change. However, in such an environment, it is worth considering a few plain truths about the diversity of the resources industry and its continued contribution to our national prosperity.

Firstly, our industry continues to do a great deal of heavy lifting for our economy thanks to the rewards we are now reaping following decades of investment and major project construction.

In FY2015, mining made the highest contribution of any sector to our overall Gross Domestic Product (GDP) at $118 billion, while Australia’s total resource exports are about $172 billion and are forecast to grow to $232 billion by 2021. The resources industry also contributes more tax to the Australian community than any other industry – over $12 billion per annum.

This revenue is building the schools, hospitals and infrastructure that keep our communities thriving.

The resources industry also continues to be a major driver of jobs. Despite the recent contraction due to a shift from labour intensive construction to long-term production, our resources industry is still responsible for more than 600,000 well-paid jobs in Australia.

Such jobs are also diversifying and evolving at a rapid pace. Australia’s $90 billion mining equipment, technology and services sector is leading the world in innovation and new technologies, and driving a ‘new breed of miner’ with advanced high-tech skills.

Therefore, even within a diversifying economy, the resources industry is clearly going to remain a core pillar of Australia’s economic and social development for decades to come.

Having noted that, the turbulent market conditions facing Australia’s resources industry are not going away. Resource employers of all shapes and sizes must continue to be up for the challenge, buckling down and adjusting to a ‘new normal’ in which finding more productive and competitive ways to operate is a constant priority.

It is in such conditions that the future of our industry is being shaped through better management, leadership and innovation.

We all have a responsibility to identify new ways of overcoming challenges and capturing fresh opportunities to be more effective than our overseas competitors.

During 2016 we have seen the emergence of macro-economic and geopolitical events that make the ongoing contribution of Australia’s resources industry even more important.

Australian government data shows that the pick-up in non-mining investment has been far slower to materialise than initially forecast. In addition to this, our economy is exposed to global uncertainty driven by Britain’s exit from the European Union, and a possible European debt crisis. This is before even considering the threat to our economic durability at the domestic level, with all three major international ratings agencies threatening to downgrade our AAA credit rating.

It is imperative that Australia lifts its productivity and competitiveness to present a more attractive platform and secure the $254 billion worth of potential major resource projects throughout the country that are yet to achieve final investment decision.

A great starting point is to reduce the rhetoric about the transition away from mining, and instead stimulate discussion on how to increase global investor confidence in Australia’s natural resources.

For our industry, the decision on where to invest capital largely rests on costs versus returns, political stability and the right policies for doing business and employing people.

Further, if we are to set up our trade-exposed nation to compete on a global scale in the long term, our parliament can no longer ignore the importance of fundamental workplace relations reform.

International comparisons, such as the World Economic Forum’s Global Competitiveness Index, show we have fallen well behind other nations including Switzerland, the United States, the United Kingdom, New Zealand and Canada on the competitiveness of our workplaces.

This is also evident at the ground level. A range of AMMA’s research and member engagement projects all demonstrate the urgent need for Australia to get its workplace relations system back on track through fundamental reform.

For instance, prior to the 2016 federal election, AMMA surveyed over 100 of our member companies who collectively employ more than 85,000 people. Survey results showed 76% of participants felt that our workplace laws make it difficult to respond to changing market conditions. Only 6.3% of respondents considered the system to support investment confidence.

This survey followed KPMG research, commissioned by AMMA, which showed that even modest workplace relations changes could create 36,000 jobs in the resources industry and supporting supply chain, and add $30.9 billion of value to Australia’s GDP.

Such feedback is driving AMMA’s ongoing campaign, 5 Reforms Over 5 Years, which aims to get our workplace relations system back on track and ensure our resources industry and broader business community can compete globally, attracting job-creating investment to Australia.

These reforms would deliver growth, productivity and a more positive operating environment for businesses of all sizes and across all industries. They address significant flaws and imbalances in the current Fair Work laws that create barriers to employment, investment and doing business in Australia.

One key area, for instance, is to address the fact that Australian employers and employees have become too restricted in the choices they can make when it comes to agreeing on employment arrangements. Fixing this would lead to a more flexible system that makes it easier, faster and less costly to establish agreements and thus employ people.

Another example is the need to restore balance to rules around when, where and how frequently unions can enter workplaces. Currently, union access to workplaces is a ‘free for all’ and employers are also required to facilitate and subsidise the accommodation and transport of union officials to remote sites. There simply is no need for these additional costs and inefficiencies to be burdened onto Australian employers on a daily basis.

I thank each and every resource employer who took the time to contribute to AMMA’s significant advocacy work over the past 12 months. During 2017, we will continue to pursue workplace relations reform and other sensible regulatory changes that make it easier to do business and create jobs in Australia’s resources industry.

Leadership and innovation within our industry has never been stronger. With the right support, our sector can and will form the bedrock of the next evolution in Australia’s economic and social development, just as it has in years gone by.