Rising from the downturn in 2017 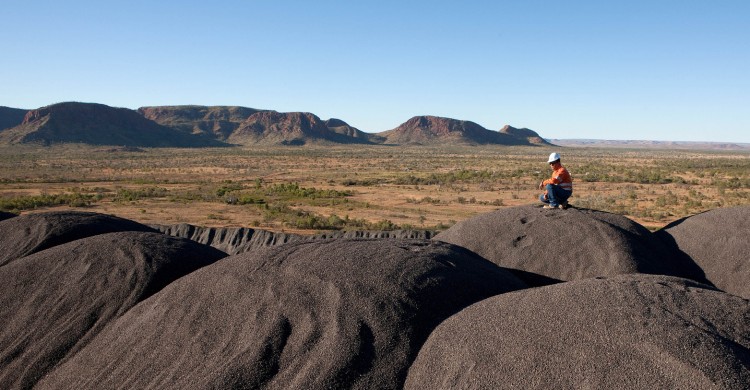 Rising from the downturn in 2017

If the steady flow of key project milestones, project approvals and investment decisions we have been seeing since November 2016 are anything to go by, the light at the end of the tunnel is getting brighter.

Gold and lithium projects led the charge, with approvals for the uranium sector, being made prior to the upcoming State election, and news of State Agreement enabling a new iron ore project in the Pilbara adding to the positive vibe.

January has also seen investment specialists reporting an increase in IPO activity, a shift in the risk profile for mining investment and merger and acquisition activity expected across the resources sector in 2017.

“I suspect everyone comes back from their Christmas break with a renewed level of enthusiasm, but we hope that continues and isn’t just a short term sugar rush of a couple of weeks,” he said.

“Where the gold price is sitting, the level of interest in lithium and the number of project milestones being delivered it presents a pretty positive sector outlook for the start of 2017.”

“Over the past 12 months we have seen more asset/project level transactions, including Plutonic, Pajingo, Ernst Henry and most recently the Gold Fields and Gold Road transaction.

“But I suspect there will be renewed interest for corporate transactions this year to supplement organic growth initiatives….subject to appeasing egos!

“Likely targets include those with development projects like Karlawinda owned by Capricorn and projects with material size and scale potential, like Primary Gold, may see some action in the next 12 months.

Risk capital appears to be reappearing to support a small number of IPO’s and RTO’s, with 4 listing so far on 2017 and a number planned.”

But perhaps the most tangible signs the mining industry is set to rise from the downturn in 2017 is the number of significant projects set to be constructed in WA in 2017.

Construction of Rio Tinto’s $US338 million Silvergrass iron ore expansion project is underway with completion expected by the middle of the year.

The announcement of New Zealand based Todd Corporation’s State Agreement with the WA Government provides more good news for the iron ore sector and paves the way for the construction of a $5 billion iron ore project in the Pilbara. The Bala Balla project would also see the construction of a six to 10 million tonne per annum iron ore mine near Whim Creek. with a 162-kilometre railway linking it to iron ore deposits in the central Pilbara.

In a statement, State Development Minister Bill Marmion said the project showed that despite some economic headwinds, there was still great interest and investment opportunities in the WA resources sector.

Early November saw the unlocking of the potential of the Gruyere gold project with EPA approval granted and Gold Road Resources and Gold Fields Limited entering a 50:50 JV, to form Gruyere Project Joint Venture (GJV), in December. Early works are already underway on the $18 million accommodation village and full construction, to be managed by Gold Fields, is also expected to start early this year.

The construction of Dacian Gold’s $220 million Mt Morgans gold project near Laverton WA has commenced with site works starting earlier this month. Dacian secured $150 million in debt financing prior to Christmas, ensuring the company remains on track for first production by the end of March quarter 2018.

This month, Gascoyne Resources advised the purchase of the Dalgaranga gold project had moved to 100 per cent ownership and announced significant new drilling results showing broad zones of gold mineralisation south of the existing Gilbey’s open pit and resource. Gascoyne is also hoping to have Dalgaranga in production by the end of quarter one next year.

The past few months has seen a string of good news for Pilbara Minerals, with ground being broken on its Pilgangoora lithium-tantalum project at the end of last year, the appointment of RCR Tomlinson as EPC contractor for the project in early January and its latest drilling results providing a substantial increase in tonnes and grade.

Pilbara Minerals is expected to commence production in the December quarter of 2017.

Tianqi Lithium Australia’s general manager Phil Thick also confirmed construction of WA’s first lithium processing plant commence in October 2016 and is on track for completion by the end of 2018. The plant, to be built at Kwinana in the Western Trade Coast industrial precinct, will expand parent company, Tianqi Lithium Corporation’s processing capability by more than 50 per cent.

Tianqi Lithium Corporation already has a substantial investment in Western Australia through its 51 per cent ownership of the Talison Lithium Greenbushes mine, 250 kilometres south of Perth, which supplies approximately 30 per cent of the world’s lithium.

Uranium is clearly on the agenda for 2017 as WA heads into a State Election, with State Government approval granted this month for Toro Energy’s 100 per cent owned Wiluna Uranium Project and Cameco Corporation’s Yeelirrie uranium mine, located about 70 kilometres south-west of Wiluna in January.

Approval for development of Yeelirrie comes with detailed conditions, after the rejection of Cameco’s application in August 2016, when the company failed to meet one of nine environmental factors in relation to subterranean fauna.

The government’s decision to approved the development comes with detailed conditions including a mandate to conduct further field surveys and research to ascertain whether subterranean fauna found at the project site exists in other areas or is at risk.

The WA Labor Party is opposed to uranium mining, but stated in 2012 any mines granted State approval would be permitted to proceed in the same manner as other mining ventures.

The announcements follow Vimy Resources Mulga Rock project approvals in August 2016. Cameco’s Kintyre project in the east Pilbara is the only uranium project in WA with State and Federal environmental approvals.

Of course, the bigger challenge for WA uranium projects is the depressed uranium price, which threatens commercial viability.

There are even signs of life in exploration with Gold Road Resources announcing a budget of $22 million to accelerate exploration at Yamarna in 2017.

However, a recent statement by the Association of Mining and Exploration Companies (AMEC) this month, says the pace of decline in mineral exploration expenditure, which has declined by 10 per cent year-on-year since 2012, has slowed further in recent months.

We look forward to the good news continuing to flow throughout the year.