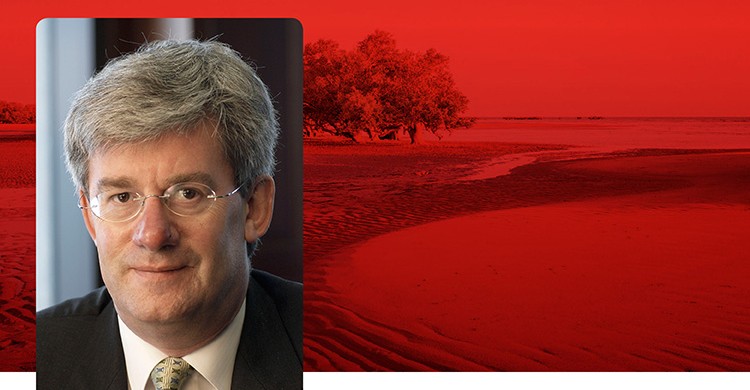 With so many economic factors able to affect the WA mining industry (past, present and future), it can be somewhat baffling to tease out the wheat from the chaff. However, with a little help from renowned financial commentator and economist Saul Eslake, Minesite readers can gain a fuller understanding from this expert’s comprehensive wrap-up about the state of our economy today, what forces have led us here, and what future expectations might sensibly include.

The resources sector is a major contributor to the Australian economy – accounting directly for almost 9% of Australia’s gross domestic product (GDP), 2% of employment and 53% of the value of Australia’s exports of goods and services.

The resources sector’s contribution to the Western Australian economy is even greater – almost one-third of gross state product, about 7.5% of total employment, and more than 70% of the state’s exports of goods and services. In addition to the payroll and other state taxes paid by all large businesses, the resources sector also paid more than $4 billion in royalties to the state government in FY2016, which is down from a peak of $6 billion in FY2014 but nonetheless equivalent to almost 16% of the state government’s entire revenue.

However the period of rapid growth in the resources sector’s contribution to the national and state economies is well and truly over. The prices of the resources industry’s major products peaked around five years ago and since then, have declined by between 25% and almost 60%. Largely as a result, the industry’s aggregate pre-tax profits have fallen by more than 75% from their peak in FY2012.

The level of investment expenditure on the construction or expansion of new mines, oil and gas fields and mineral or energy processing facilities and other associated infrastructure has fallen by around 40%, both nationally and in Western Australia, from a peak which was equivalent to about 7% of Australia’s GDP in FY2013. Onshore mineral exploration activity has declined by almost 60% since FY2013, while more recently oil and gas exploration spending has also begun to fall sharply.

Of course, as these projects move past their commissioning stage into full production, the volume of exports of some commodities – in particular LNG, but also iron ore and alumina – will continue to increase (although some others, including thermal coal, nickel and zinc, are expected to decline over the next few years). However, since the production stage of most resources projects is less labour-intensive than the construction stage, and as a result of the declining profitability of many projects flowing from the falls in commodity prices over the last five years, employment in mining has fallen by more than 40,000 or 16% nationally over the past four years. The majority of these job losses have been in Queensland. In Western Australia, mining industry employment actually increased by almost 10,000 in FY2016, although it remains some 15% below the peak level in mid-2012.

Western Australia’s resources sector has enjoyed something of a reprieve from falling prices during the first half of 2016. The iron ore price, which late last year briefly dropped below US$40 per tonne, rebounded to just over US$60 by August, while gold, nickel, zinc, oil and LNG prices have also recovered smartly from lows reached earlier this year.

Welcome as these developments have been, they are unlikely to represent the beginning of a sustained upward trend. Rather, they appear to be the result of yet another short-term stimulus to the Chinese economy, in response to a sharper-than-expected slowing in construction activity during the second half of last year. This stimulus has clearly worked. Construction activity and property prices have strengthened in China since late 2015, while, after declining over the 12 months to February, Chinese steel production has since begun rising again. Meanwhile China’s own iron ore production has dropped by almost 180 million tonnes per annum, or more than 12%, since late 2014.

This latest round of stimulus to the Chinese economy has been financed, to a much greater extent than in the past, by the issuance of debt securities (as opposed to increases in deposits) by the banking system, and through non-bank financial intermediaries (as opposed to banks). As such, it would appear that the Chinese financial system as a whole is exposed to increasing amounts of risk similar to those which built up in many Western financial systems prior to the onset of the global financial crisis of 2008-09. At the same time, more conventional risks, such as those associated with non-performing loans, also appear to be on an upward trend.

Thus, the risks of a sharper adjustment in the Chinese economy – as distinct from the now well-understood scenario in which overall growth gradually slows to a more sustainable pace while the ‘mix’ of growth shifts steadily away from investment towards consumption – are probably increasing. While that does not mean that a ‘hard landing’ is in any sense inevitable, it does mean that, as the Australian government’s most recent Resources and Energy Quarterly puts it, “the risks to prices remain firmly on the downside”.

India has now supplanted China as the fastest-growing of the world’s major economies, and there are good prospects for sustained rapid growth in the Indian economy over the next few years. Nonetheless, India’s economy is unlikely ever to match the resource-intensity attained by China during its three decades of double-digit growth between 1980 and 2010.

The outlook for the Western Australian resources industry is thus likely to remain challenging. Some of the state’s major producers, especially of iron ore, have among the lowest costs in the world and are well placed to withstand further declines in commodity prices. But for others, securing further cost reductions will remain the predominant imperative.