What the new Federal Budget means to the WA mining industry 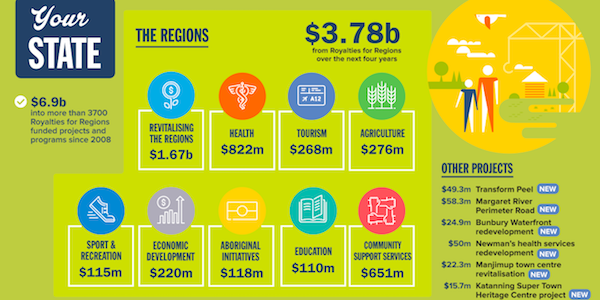 What the new Federal Budget means to the WA mining industry

Referred to as the ‘Budget of Choices’, the release of the Government’s latest Federal Budget has rewarded first homeowners, school students and pensioners, and penalised the big banks and foreign workers, but how will it affect the West Australian mining sector?  To gain some insights, the WA Mining Club spoke with PwC WA Energy & Mining Leader Justin Eve.

Justin Eve says that compared with previous years, the mining industry isn’t such a hot topic. As a result, the impact of the new Budget on the sector will be limited, but there certainly are areas of the budget that could impact companies and individuals involved in the mining industry.

Spending on airports, rail networks and roads is a cornerstone of the latest Budget.

Importantly for WA, this has meant a recommitment to funding the Perth Freight Link, and a $226m GST top up payment for use on roads that WA businesses should benefit from.

From 1 July 2017, banks with liabilities of at least $100 billion (Australia’s largest five banks) will pay a major bank levy.

“The Government has claimed the cost will not be passed on to borrowers, but there are many ways to skin a cat. Banks have also been hit with increased regulation, which could also add cost to their business, and impact interest rates,” continued Eve.

From 1 July 2017, the Government will increase the non-resident CGT withholding tax rate from 10% to 12.5%. The threshold for real property subject to this will also be reduced from $2 million to $750,000, potentially capturing many privately held assets. The measures may result in lower receipts from the sale of these assets for foreign investors and more complexity for private sales.

As well as previously announced changes to the 457-visa system, the government will also introduce a levy on businesses that employ foreign workers. From March next year, the levy on foreign workers on specific skilled visas will go towards a new Skilled Australians Fund.

“The industry is reliant on a mobile workforce and is committed to hiring the best people for the job regardless of nationality. However, it’s difficult to predict how significant this change will be as many projects are currently moving from construction to an operational phase and will require a lower headcount.”

The Government has recommitted to a cost-recovery model for ASIC. More funding has been allocated to ASIC for improving their financial literacy, but as the Treasury Papers state “regulatory costs are recovered from those entities that create the need for regulation”.

“Despite rumours, there was no announcement on R&D in the budget. There is currently intensive audit activity being conducted by the ATO in conjunction with AusIndustry that is impacting the WA mining industry, but at least there was no announced change to the legislation,” summarised PwC’s WA Energy & Mining Leader.