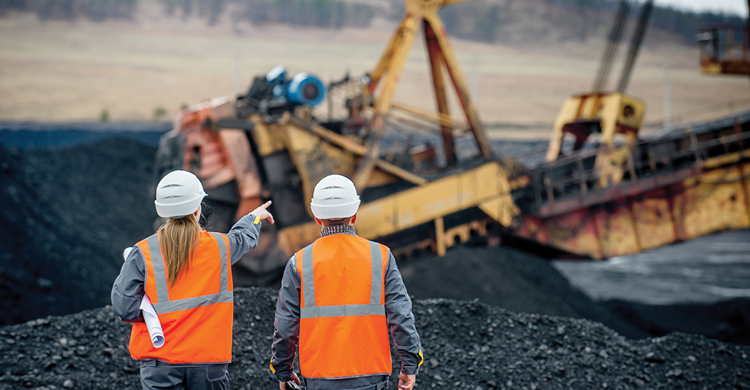 When Western Areas Managing Director and CEO Dan Lougher addressed the WA Mining Club last month, the skills shortage was not an issue he intended to cover.

But for a fleeting moment the discussion turned to the skills shortage constraining industry and a somewhat passionate call for industry to work together to provide a solution. Then this was gone and we were back on the topic of nickel.

This ‘call to arms’ for industry to work together to tackle the skills shortage resonated strongly with Linkforce Executive Director Organisational Development  Sheree Phillips-Graham, who was in the 400 strong audience.

“This is an issue that effects operators and service providers alike and we need to face as an industry.”

This is not a new issue and industry has been aware it was coming from some considerable time.

Almost 12 months ago Northern Star Resources CEO Stuart Tonkin was quoted in the West Australian (May 25) stating  industry needs to do better at managing the workforce throughout the peaks and troughs of the sector’s cycle. “It’s important to have trainees and graduates throughout the cycle because it can take four to seven years for them to learn and develop into useful workers,” he said.

A skills shortage unlike the last.

Ms Phillips-Graham says that this time around the skills shortage could cut deeper than expected due to the depletion of the WA skills talent pool; with the trade and non‑trade apprenticeship and traineeship numbers falling in Australia since the middle of 2012.

“There is no doubt that for the WA resources sector the rapid decline in apprentice number over recent years has resulted in a smaller skills ‘talent pool’ for industry to draw from,” she said.

National Centre for Vocational Education Research (NCVER) research and data on the state of apprenticeships and traineeships across Australia shows there were 291,000 apprentices and trainees in training in December 2015 (in seasonally adjusted terms)— down on the most recent peak of 490,000 in June 2012.

This trend has continued as shown by new data from the NCVER, showing only 57,100 people were in traineeships or apprenticeships in 2017.

According to Chamber of Commerce and Industry WA, the number of Western Australian trainees and apprentices in training continued to fall, down 7.4 percent in the year to March 2018, which is more than six times the national change. Commencements have also declined, down to 4.2 percent.

The rapid decline in uptake and completions of apprenticeships has resulted in the NCVER investigating the potential reasons for these declines.

The investigations will explore the challenges, successes and benefits to assist in designing policies and systems to address the declines and ensure relevance in an economic environment where the upgrading of skills for evolving occupations and advances in technology is a constant imperative.

This is long-term project that will not assist industry or government solve the current skills shortage, nor the inevitable escalation expected with more than $75 billion of new WA mining and resources projects in the pipeline.

Apprenticeships and training are not the only factors to consider

The attraction of skilled workers from the east coast of Australia is not an option for WA Industry this time around either; with infrastructure sector on the east coast reporting a five to 10-year pipeline of work. This is a substantial change from the last boom period that is likely to have an impact on the availability for skills in WA over the short to medium term.

Similarly,  the landscape for skilled migration as a solution to the skills shortage is no longer a viable option.

Since the last skills shortage,  the skilled migration occupation list has been reduced from 178 occupations to just 18, bringing it under fire from industry lobby groups including Chamber of Commerce and Industry (CCI) WA and The Chamber of Minerals and Energy (CME) WA.

To date the government has not indicated whether or not the current visa arrangement will be reviewed.

Right now,  the light at the end of the tunnel appears rather distant for industry.