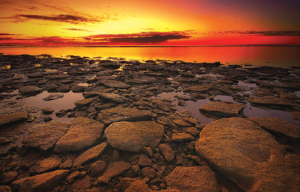 Saving millions while improving environmental protection is a scenario few on either side of the political divide could argue with. It is indeed the outcome that could meet a successfully implemented process to minimise the current inefficiencies in regulatory red tape commonly experienced by the resources sector when seeking project environmental approval. In this article, Nicole Roocke from the Chamber of Minerals and Energy outlines the progress that was looking hopeful and the political complexity that now clouds this, before reiterating why this must remain on the agenda.

The Western Australian resources sector is undergoing a challenging period of low commodity prices and competition for capital. To remain competitive, productivity improvements must be realised and the impost from regulatory red tape must be reduced. Over the years, as environmental knowledge and its importance has grown, so too has the volume and complexity of laws intended to protect it. Large parts of the current regulatory framework cause duplication, while having questionable links to actual, on-the-ground environmental outcomes. This situation is not beneficial to anyone. Businesses suffer productivity losses, as does government, with internal resources diverted to administering the red tape. As a result, it is the environment that suffers, as resources that could be spent on innovation, longer term research and improving environmental management are instead consumed writing multiple environmental reports for government. The reporting of annual clearing data separately to three different state government agencies in five different annual reports achieves no greater on-ground environmental outcome than reporting it once. Major parties from all sides of government promote the importance of red tape reduction, but few successfully deliver. There is no hiding from the fact reform is tough. There are multitudes of stakeholders to consider – communities, environmental groups, other government agencies and businesses. Their interests do not always align. Extensive and transparent consultation is, however, a necessary ingredient for all successful reforms and this takes vision, political will and commitment. An obvious first step is the completion of the ‘one stop shop’ – the Australian government’s headline program for removing the duplicated environmental impact assessment processes between all the states and Commonwealth. This initiative will result in bilateral agreements between these two levels of government, with state agencies then able to conduct environmental impact assessments for both. The Australian government’s own economic research found such a move would save business around $426 million a year. Importantly, this is whilst maintaining the same level of environmental protection. Substantial progress was made towards this improvement but progress has since stalled. With the federal election complete and the new Turnbull government installed, finalising the ‘one stop shop’ initiative must remain a priority despite the complexity of the senate. In Western Australia, the Mining Act Amendment Bill will make a meaningful contribution towards removing unnecessary mining and exploration red tape. This reform will ensure an environmental outcomes-based approach which is widely regarded amongst industry as a better and more efficient way of regulating the sector. With the next state election scheduled for March, there is now a risk the state-based reforms will also fall victim to the election cycle, as time fast evaporates for its debate and ascendancy. Environmental regulations are a must. If developed and implemented well, they can ensure environmental protection, while still enabling an effective and efficient resources sector that continues to be the lifeblood of Western Australia.