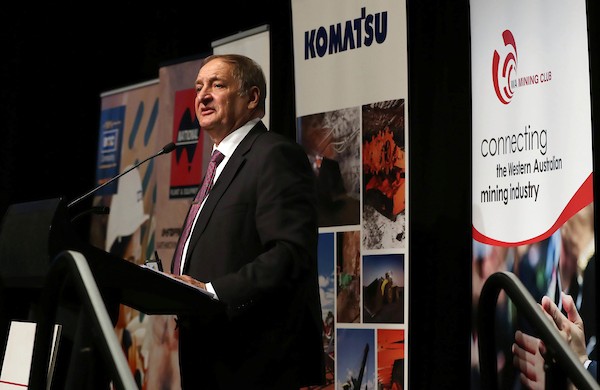 The long-awaited Roy Hill Project in the Pilbara region of Western Australia has reached its lofty goal.

Production during final ramp-up hit 4.8 million tonnes for September, equal to 55Mtpa on an annualised basis.

“That doesn’t mean we’ll have a 55 million tonne run rate every month, but we’ll be past that hurdle,” said Roy Hill Chief Executive Officer, Barry Fitzgerald.

Situated approximately 340 kilometres south-east of Port Hedland in West Australia, the project, the $9.7 billion project was able to hit its target through a vertically integrated pit-to-port business strategy utilising a mine, rail and port system to efficiently mine, transport and export iron ore.

“The trick to building a project of this scale is quite simple. As I said to people in our business, all you have to do is spend $10 million per day. The only problem is that you have to spend it wisely,” continued Mr Fitzgerald.

“Five ore trains per day will operate from the Roy Hill Mine, each consisting of two diesel-electric locomotives hauling 232 ore cars with a total payload of 31,132 tonnes of ore,” he said.

Trains are loaded at the Roy Hill Mine using a state-of-the-art train loading system controlled from the Remote Operations Centre (ROC) in Perth. Loading takes approximately 160 minutes per train before being driven nonstop to the Port Hedland.

Mr Fitzgerald also signalled that automated drilling would be the next area that the company would invest in to squeeze extra productivity out of the operation.