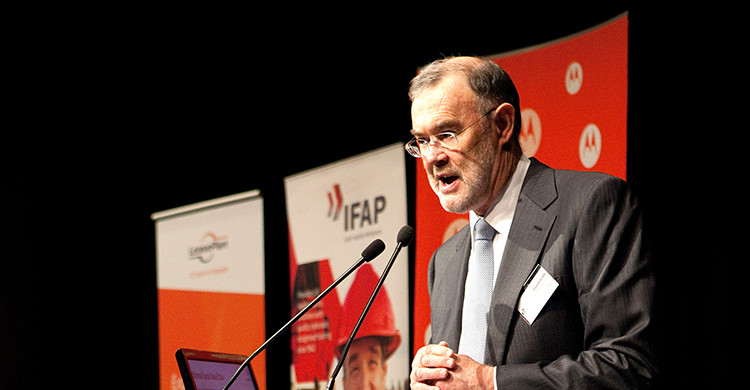 For Orica, a $4.56 billion mining services company, the resources downturn has forced a complete review of its business operations.

Over the past few years Orica’s share price has been on a slow but steady descent from around $25 a piece to an average of $13. Of course it’s not alone; it’s a symptom being felt amid the wider mining services sector as mining activity comes off the boil.

In monetary terms, earnings before interest and tax has fallen 24 per cent in the first half of 2016 compared to the previous corresponding period, but it could have been a lot worse – Mr Calderon said the company had delivered net benefits of $52 million in the half year ended March 2016. Its forecast is to deliver as much as $80 million for the financial year.

“While we know that mining is cyclical, and some even predicted the timing of the end of the boom with relative accuracy, it has been the speed and severity of the pricing downturn that was unanticipated by the industry,” Mr Calderon said in his presentation to attendees at the lunch.

“While the cycle will inevitably turn back in our favour, we have to accept this paradigm shift and if we are to thrive in this new environment, adapt.”

Mr Calderon said Orica had made significant gains by working with opportunities which were within its own control, such as implementing a company-wide capital and investment framework which enables capital projects to be compared and ranked, and overhauling its operating model to focus on managing and executing work regionally.

“A good management team should be able to distinguish ‘bad’ costs from ‘good’. Good costs are those that bring net benefits to the business; that is, if you cut these costs profits will suffer,” Mr Calderon said.

“The paradox of management is that usually ‘good’ costs are easier to take out, but end up destroying value for the corporation. An example that hits home for Orica is when we closed the specialised Minova sales division. This significantly impacted on our ability to compete in the profitable ‘non-mining’ natural market and while we benefitted from the cost reduction in the short-term, it actually destroyed value.”

Mr Calderon said all the tangible changes equated to what he described as the “hardware” of a business, but the “software” was equally important – the people and the culture that Orica creates.

“Companies sometimes fall into the trap of chasing and enjoying short term financial gains – but the long term cost of this can be significant,” he said.

“We have pledged to understand our customers and sell what adds the most value to them.”