New Committee for a new decade 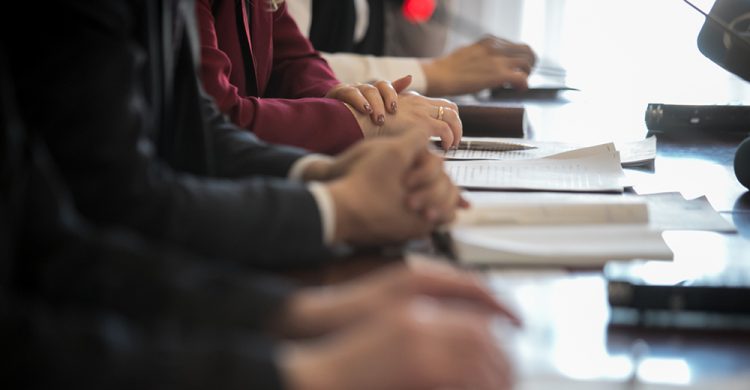 New Committee for a new decade

The WA Mining Club has announced its new President and Committee to take it into the 2020’s.

Nominations for various positions, including that of President after the retirement of incumbent Kirsty Danby, were opened at the AGM in October.

Damian Quail – a commercial lawyer at Williams + Hughes and adviser for more than 25 years, and a director of multiple junior gold explorers – was elected as Club President.  Damian previously held the Secretary position since 2017 and led the Club’s very successful scholarship program since 2015. Damian will be supported by the Executive that consists of a combination of long-term Committee members and newer faces.

Ian Skelton, Audit Partner at Deloitte, returns to the position of Treasurer, and is joined by Natalie Taylor, Adviser Career Enrichment at Roy Hill, as Vice President, and Sharon Goddard,  General Manager Corporate at Gold Road Resources, as Secretary.

The wider Committee will manage a number of portfolios, as follows:

Damian said the Club has reached major milestones in 2019 that were aligned with its strategic plan and member expectations.

“More than ever before, we are igniting conversations within our Club and in the wider community, promoting the value and benefits of our industry and building on our past achievements,” he said.

“We have appointed a General Manager, Nichola Nugent, who will bring new ideas and energy to the Club’s work, particularly the events we hold. Our future is bright.

“The Club is now looking for stability and consolidation, and I am grateful that the Committee has the trust in me to deliver. We will also continue our work on internal governance and improving transparency of the Committee’s and the Club’s activities for members.”

Damian also extended a warm thanks to departing Committee members Damian Connelly and Kirsty Danby for their service over the years. “We will certainly miss their wise counsel and enthusiasm.”

Former president Kirsty Danby congratulated Damian on his appointment and said he would contribute strongly.

“As he leads the Club into the 2020’s, it is a wonderful time to reflect on the positive contribution Damian has already made,” Kirsty said.

“He has successfully run the Scholarship program for 4 years, attracting interest from industry sponsors, Government, universities and media. Over that period the program has grown to nine scholarships, and the number of applications has increased more than five-fold to close to 500 per year.

“All of this work, led by Damian, helps create a solid talent pipeline for industry.

“He has also been instrumental in improving the Club’s governance standards.

“I expect more first-rate results from Damian and the new Committee as they tackle the opportunities in the year ahead.”