Miner of the month – Musgrave Minerals 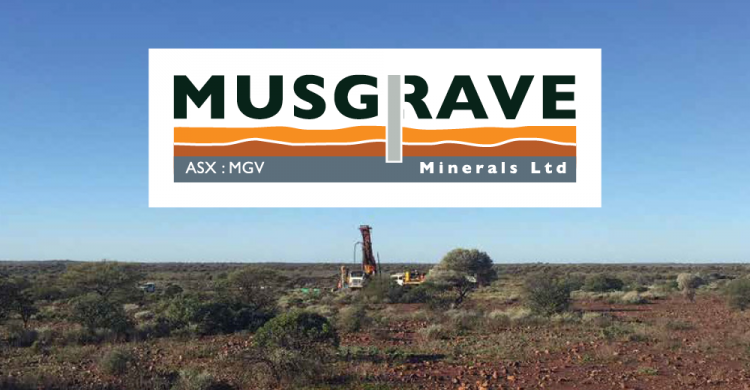 Miner of the month – Musgrave Minerals

Throughout 2017, Musgrave Minerals (ASX: MGV) maintained a steady pace of news flow as the company advanced its flagship Cue project in the Murchison district of Western Australia.

This trend continued into 2018, when in the March quarter Musgrave completed diamond drilling at the Break of Day deposit and a reverse circulation (RC) drilling program at the Louise prospect, a discovery made by the company in the previous November, located just 750 metres south of Break of Day.

The drilling was designed to identify further mineralisation with the aim of increasing the already established Break of Day and Lena gold resources of 868,000 tonnes at 7.15 grams per tonne gold for 199,000 gold and 2.68 million tonnes at 1.77g/t gold for 153,000 ounces respectively.

Gold was intersected at depth at Break of Day and confirmed the mineralisation continues and is still open below 300m.

Musgrave decided it was time to broaden its exploration horizons, and intent on confirming the upside potential within the Cue tenements it commenced a large aircore/RC drill program to test 10 new high-priority gold targets.

The drilling program of approximately 110 drill holes for 12,000m used a combination of aircore drilling with RC ‘tails’ to extend drill holes into fresh rock, down dip of gold anomalism.

All 10 occur along a 20-kilometre long prospective corridor that hosts the Break of Day and Lena gold Resources.

Seven of the targets underwent historical broad-spaced aircore or rotary air blast (RAB) drilling that returned anomalous gold results, but terminated in weathered basement and did not penetrate the unweathered Archaean below, however, they remain open and untested by basement drilling.

“The drilling results we had already achieved along the Break of Day/Lena shear provided plenty of confidence as we moved in to this next phase of exploration along the corridor,” Musgrave Minerals managing director Rob Waugh told The Resources Roadhouse.

“This drilling is testing some exciting new large-scale targets in areas that have received very little previous exploration.

“We are in a very prospective greenstone belt in a well-endowed region with good infrastructure and numerous operating gold plants.

“The focus of this drilling is to discover another high-grade Great Fingal-style gold deposit.”

Just as the drill rig operators were instructed to ‘start their engines’ Musgrave announced that a nearby neighbour in gold mill owner-operator, Westgold Resources had subscribed for 48 million ordinary shares in the company through a share placement at a 15% premium of seven cents per share.

The $3.36 million investment by Westgold presented the suitor with a holding of 15 per cent (undiluted) in Musgrave and the entities have started informal discussions regarding the possible commercialisation of Musgrave’s Cue gold deposits.

Completion of the Placement took Musgrave’s bank balance up to approximately $5.5 million in cash that will complement the co-funded drilling grant of up to $150,000 the company received under the Western Australian Government’s Exploration Incentive Scheme (EIS).

“Westgold has three operating mills in the region surrounding our Cue project and is a highly regarded professional gold miner and processor,” Waugh said.

“Welcoming a company with such pedigree to our register is a positive result for us and a strong endorsement of the work we have completed to date on our projects, gold resources and upside exploration potential.

“The strong cash position will enable Musgrave to accelerate exploration while also progressing development studies on the existing Break of Day and Lena Resources.”

It didn’t take long for the first positive results to start filtering through from aircore drilling to the north of Break of Day in an area not previously drill tested.

Mineralisation is open along strike towards more than 300m of untested, at depth, potential.

Other results came from the first drill holes at the Lake Austin North target included:

These wide zones of near-surface gold mineralisation extend over one kilometre in length that Musgrave considers may be indicative of a higher-grade gold source in fresh rock.

“Both areas are potentially significant with the Break of Day north intersection only 200 metres from the northern edge of the current high-grade gold resource and the Lake Austin North target confirming significant thicknesses of regolith gold mineralisation over a large area in a structurally favourable position and on a favourable lithological contact.”

“That’s not a bad first pass result from Joshua, which we will follow up with additional drilling,” Waugh said.

“The target is open for more than 200 metres, both north and south and is, again, on the same mineralised trend as Break of Day and Lena.”

The Cue project dust had no time to settle with further results from Lake Austin North returning thick intervals of substantial gold mineralisation in regolith over two wide zones (A Zone and B Zone).

The A Zone sits on a highly prospective sheared granodiorite-mafic contact in similar geological setting to that seen at the Granny Smith gold deposit in the Eastern Yilgarn of Western Australia.

“We could not have asked for a better start to our regional drilling program than identifying new gold mineralisation at Joshua, Lena North, Break of Day North and Lake Austin North,” Waugh said.

“It has highlighted the Cue project’s potential to host further gold deposits within this very prospective and well-endowed region with good infrastructure and numerous operating gold plants.