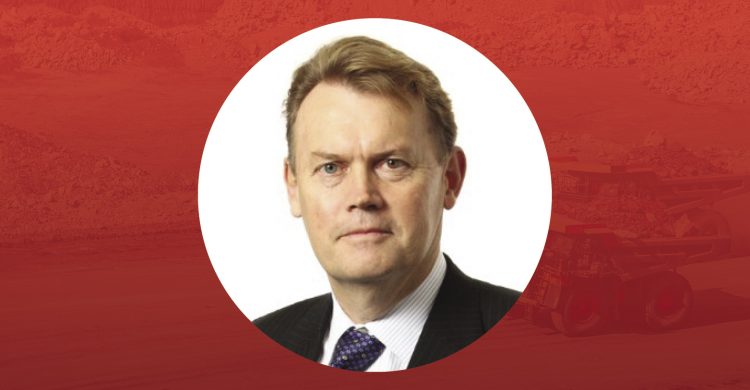 WA Mining Club Committee Member, Peter Bradford, is stepping down from the committee after dedicating 3.5 years to advance the WA Mining Club.

Peter is a well-known industry leader in his capacity of Managing Director and CEO of mining and exploration company IGO Limited, which has demonstrated exceptional growth and value under his tenure.

In addition to his day job, he has actively advocated the sector as a sustainable and exciting industry through forums like the WA Mining Club.

His quip that we need to bring “sexy-back to mining” to attract investors and talent and to win general community acceptance on the importance of mining, will sit among our favoured on-stage moments.

We also know him as an early Tesla adopter  — due of course to nickel’s invaluable contribution to EV batteries.

Peter also recently achieved significant personal milestones, including being named Honorary Doctor of Curtin earlier this year and setting up multiple student scholarships to assist in the development of the next generation of mining professionals.

WA Mining Club President Damian Quail thanked Mr Bradford for his dedication to the Club, and the industry as a whole.

“For several years Peter has demonstrated leadership and commitment to our Club and to supporting the industry generally. He has also shown great interest in helping the next generation of miners by personally volunteering his time and through arranging funding for multiple WA Mining Club Student scholarships,” Mr Quail said.

“Peter will have a lasting impact, not just on the WA Mining Club, but to the industry as a whole.”

Through his personal and IGO’s scholarship programs, including two endowment funds at Curtin – the IGO Scholarship supporting students to study at the WA School of Mines, and the Peter Bradford Scholarship, which is open to students across all faculties – he has gone above and beyond for students facing financial hardship.

Peter has recently been nominated in MiningNews.net’s MNN Awards in the category of CEO of the Year and we wish him well.