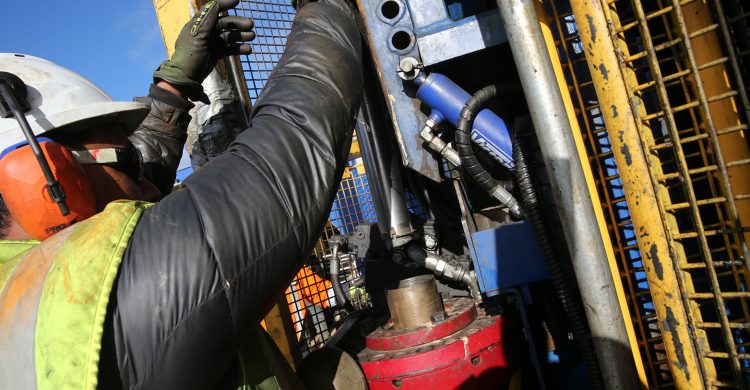 A buoyant minerals exploration sector spurred on by surging commodity prices has been further boosted by the Federal Government’s decision to extend the Junior Minerals Exploration Incentive scheme for four years.

Announcing the $100 million commitment, Federal Resources Minister Keith Pitt said it would ensure jobs for future generations of miners which may not occur without additional and ongoing exploration activities.

WA junior explorers have already benefitted substantially from the JMEI, according to Federal Government figures.

The JMEI has supported 85 junior exploration companies, with more than half of these companies headquartered in WA.

“We need to ensure that we have a continuous investment pipeline for development across regional Australia,” Mr Pitt said.

“The resources sector directly employs more than 260,000 people, with most of these jobs in regional Australia.

“We want to make sure the industry continues to grow and maximises the benefits for all Australians.

“Our successful, stable and secure resources sector is underpinned by our world class junior explorers.

“These companies ensure the ongoing exploration and the discovery of new mineral resources, including critical minerals that positions Australia to drive the global economy of the future.

“Australia can provide the world with secure supply chains and manufacturing opportunities for rare earths and critical minerals that are vital in the production process of our smartphones, batteries, new tech medical appliances and our defence componentry.”

Figures released by the WA Department of Mines, Industry, Regulation and Safety in December last year revealed that mineral exploration in WA in 2019-20 was $1.7 billion, an increase of 17 per cent on the previous year.

Growth in mineral exploration expenditure was mainly due to increased spending on gold (up $110 million) supported by record high prices.

The next largest expenditure increases were for copper (up $66 million), iron ore (up $38 million), and nickel/cobalt (up $32 million). The main targets of mineral exploration in WA were gold (46 per cent), iron ore (21 per cent), copper (13 per cent) and other minerals (9 per cent).

The figures showed that exploration declined in June 2020 because of COVID-19 related restrictions.

WA Chamber of Minerals and Energy chief executive Paul Everingham said the greenfield activities of junior explorers were in many ways an unseen lifeblood of the mining sector.

“The wider public is probably quite familiar with WA’s big and established mining projects — but people likely are not aware of the vital and wide-ranging exploration activities around WA that help pave the way for many of these projects,” Mr Everingham said.

“The work of junior explorers is a major factor in ensuring we currently have and will continue to have a strong pipeline of future projects in WA.

Extension of the JMEI followed the WA Government’s awarding of $6.56 million in co-funding to WA projects through its Exploration Incentive Scheme.

“There has been a number of success stories from mining companies using the EIS, most recently Encounter Resources’ Yeneena copper-cobalt discovery in the Paterson province,” Mr Johnston said.

“The high number of applications is a strong indicator of the continued interest in Western Australia’s resource industry.”

Encounter Resources Managing Director Will Robinson said the EIS program has been important for the company to conduct some early exploration to open new districts, including Yeneena and the Aileron project in the West Arunta.

“These are the sort of things this scheme is absolutely fundamental for to enable use to open up new frontiers,” Mr Robinson said.

“The market is quite variable in supporting some early-stage exploration and it provides an ability to maintain greenfield exploration throughout the cycle.

“There had been underinvestment over a period of time that had led to a dearth of projects for development. That’s why programs like the EIS and the JMEI were put in place and that’s put Australia at the forefront of a greenfield exploration renaissance over the past two to three years.”

A recent analysis covering the first 10 years of the EIS found that it delivered a $31 return for every dollar invested.

Demand for exploration is clear, the challenge was finding and maintaining supply as companies searched for new resources to replace dwindling reserves, he said.

Increasingly, exploration was being conducted in greenfield locations which presented additional challenges, so the JMEI was essential.

“Three areas need to be aligned to close the gap between demand and supply: capital to fund exploration, incentive programs such as the JMEI, and technology to provide the best possible return on investment,” Mr House said.