Innovation electrifying the next generation of miners 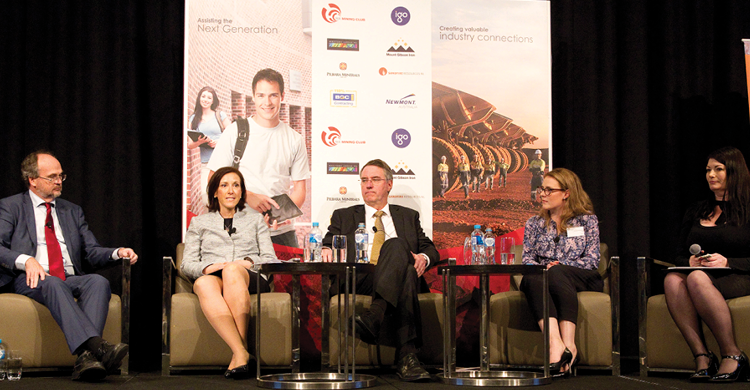 Innovation electrifying the next generation of miners

The state government is seeking to secure a new 58-million-dollar Future Batteries Industries Cooperative Research Centre for WA, but the instability at Federal level won’t make the Minister’s mission any easier.

“It should be based in Western Australia. There’s no question about that,” said Minister Johnston.

The centre would conduct battery research in collaboration with the private sector with a view to commercialising it.

“The state government has put $6 million on the table to support the CRC bid, and I’m very pleased that industry has responded as well, with $27 million of commitments to CRC partners for that bid,” Minister Johnston said.

“We know that this is an opportunity to grow high skilled, high paid jobs for West Australians.”

The McGowan Government is in discussion with Federal Politicians to reverse the decision to cap research and development tax incentives for companies in the battery metals industry.

The industry’s technology credentials were a major theme of the Minister’s address as innovation grows in importance as a key ingredient in WA’s recipe for mining success.

Mining – the past, present and future

“It’s probably really tempting to go out and chase whatever the latest and greatest fad is (but) we really need to look at technologies that will add value to the business and not jumping first at any shiny object,” she said.

“It’s now implemented globally in all our haul trucks, and now we’re going to implement it in some of our buses to transport people to and from longer commutes,” continued Garran.

Jim Beyer, Mt Gibson Iron’s recently succeeded, long serving CEO, said local miners have always embraced new technologies, preferring to use the term “evolution” instead of “revolution” in the debate around its merits.

“This is what we do. We’re always using the latest technology on the latest front. What’s happening now is that stuff’s just cheaper, it’s more reliable, and systems are faster,” said Mr Beyer.

While Mr Beyer is pro-innovation, he did express concerns about the capacity of new technology to stifle investment, particularly with social media platforms being used to spread negative or false news.

The youngest voice on the panel, IGO’s Business Development Analyst Miranda McLachlan said that reputation and social license are increasingly important commodities for modern miners, not only for ease of project operation but also for attracting millennials to the profession.

“It’s quite interesting to think about how will traditional mining companies be positioned to respond to the demands of my generation, which is a generation of socially conscious, technology-enabled consumers who are starting to demand greater transparency for what it is that we’re purchasing,’ said McLachlan citing Apple’s recent decision to purchase cobalt directly from miners as just the tip of the iceberg of how consumers are demanding higher levels of ethically sourced commodities.

When asked for his take on future trends, Minister Johnston said better engagement with our increasingly powerful Asian neighbours should be a top priority. Citing a recent PwC report, commissioned by the Asia-link Business Group, he said Australian companies have much to do in this space.

A decision on the Future Batteries Industries Cooperative Research Centre is due early next year.