How things change in a month 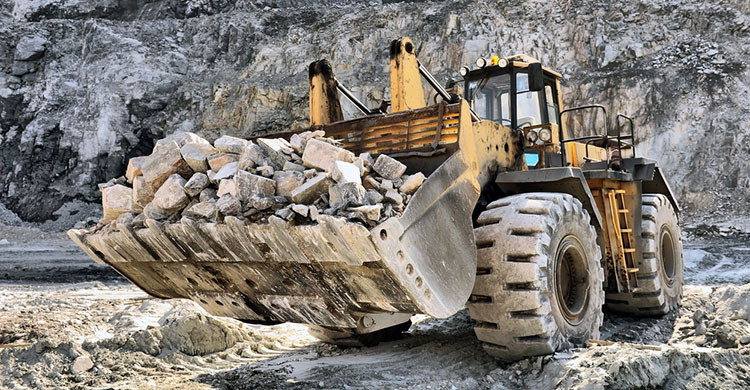 How things change in a month

A month ago Western Australia’s iron ore market was presented with the worst outlook since the global financial crisis; Atlas Iron had announced it was halting production at its three Pilbara mine sites and the iron ore price’s downward spiral seemed never-ending.

For Atlas Iron, the crunch came when the price for a tonne of ore hit $US48 per tonne – more than $US10 per tonne lower than its break-even price.

The spot price for a tonne of ore fell even further during the month to $46.70 per tonne, which was its lowest price since 2007.

Atlas Iron’s confession that it simply couldn’t do it anymore cut the industry deep. Atlas was WA’s market darling during the mining boom so the immediate fear when news broke of it halting production was understandable.

The flow on effects of Atlas’ announcement were significant with service providers scrambling to figure out a way to remain afloat  – it all seemed to be bad news for the sector and the start of a continuous fall of dominoes for all but those at the top end of town.

A month on, however, and Atlas has decided that it can continue to produce at two of its three WA operations following a significant decrease in cash costs. Atlas said the new operating model at its Abydos and Wodinga mines meant it could break even with an iron ore price of less than $US50 per tonne.

While all this was going on the price of iron ore has steadily increased by almost 24 per cent. It is currently sitting at $US60.36 per tonne.

According to UBS estimates, after Atlas Iron, BC Iron would be the next WA company cutting it fine with cash costs around $US60 a tonne, followed by Fortescue Metals Group and Mount Gibson.

But all are projecting a positive outlook – at least outwardly. BC Iron reported a milestone for March with cash costs reducing to $US52 per tonne. It also said its Nullagine Joint Venture had a strong operational quarter with sales exceeding expectations.

Mount Gibson has also reported what it described as a strong operational quarter with impressive cash costs at its Extension Hill operation. In an anomaly for the sector, Extension Hill was cashflow positive during the March quarter thanks to an average cash cost of $43.80 per tonne.

Meanwhile, Fortescue Metals Group has stated its all-in cash costs will be in the vicinity of $US30 per tonne for the 2016 financial year buoyed by productivity improvements – improvements which also include the contentious change to worker rosters.

As a result of Fortescue’s positive forward-looking statements the company’s shares are trading 46 per cent higher than its 52-week low.

The outlook for the iron ore price also looks positive, by comparison to recent events – market analysts expect the price to average around $US56 per tonne this year with further increases forecast for 2016 and 2017. 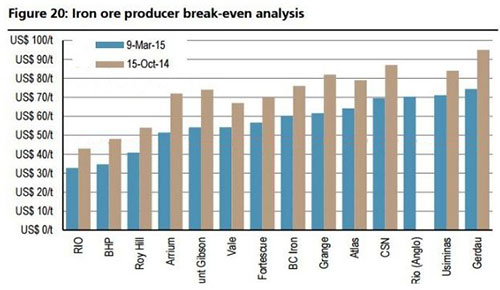