Foreign capital can help with recovery 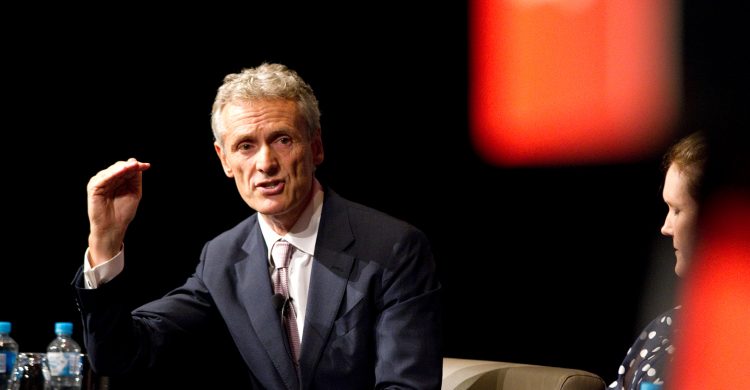 Foreign capital can help with recovery

Money is the lifeblood of all markets, and few countries are more reliant on foreign investment than Australia.

This is particularly the case for our world-class resources sector, which has used foreign investment to create local jobs and huge export value for all Australians to benefit from.

Foreign investment will again play a major role in aiding Australia’s economy, particularly across the resources sector, to recover from the significant toll — human and economic — caused by the COVID-19 pandemic.

The Federal Government has rightfully identified the challenges that, during these tough times with prices down and confidence low, Australia must not sell the proverbial farm to overseas interests — only to regret it when our collective fortunes have improved again.

And we must ensure that deals done are done because of the best interests of Australia by creating jobs and value, not just in the big cities, but also in the regions.

The Foreign Investment Review Board advises the Federal Treasurer on the merits of significant individual foreign investment proposals and has a history of successfully balancing commercial interest with what is best for the country.

It has done so without holding up the smaller deals, which away from the headlines have created much-needed jobs, stimulated investment, and generated wealth for everyday Australians.

The Commonwealth’s newly introduced changes to the FIRB framework, to effectively lower the dollar threshold of foreign investment requiring approval to zero, and push the process timetable out from 30 days to six months, have the potential to cause serious damage to Australia’s small to mid-cap resources sector.

And that damage has the potential to undermine the collective recovery effort required by Australia to overcome the COVID-19 damage.

For small miners and explorers who do not yet have significant revenue and increasingly struggle to attract funds from banks and equity markets, an overseas investment is often the difference between survival and failure.

Yet this new FIRB framework, which forces every foreign investment through a long and expensive approvals process, runs the risk of snuffing out the lifeline for these small but vital players.

In the past few weeks alone, there have been examples of small, and from a national interest perspective, immaterial foreign investment proposals in ASX-listed companies being rejected by the Federal Treasurer.

These proposals each involved a proposed investment of no more than $20 million.

At the same time, a $20 million cash takeover proposal for a small undeveloped gold exploration project in Western Australia is suddenly caught up in this long FIRB process, raising concerns by the proponent that this deal, too, will be blocked.

The fact that several of these overseas investment proposals have links to China has also politicised the FIRB process.

The issue is less about these transactions being curtailed but about the signal it sends to the world at large about whether Australia is open for business.

If a foreign investor cannot buy a small gold project, then almost every other mineral opportunity in Australia that requires foreign investment to deliver on its potential is likely to also be caught up in the FIRB firewall.

Foreign capital is fundamental to the resources sector, and Australia as a whole, as we look to dig the country out of the COVID-19 hole.

We need small miners and explorers to grow and build their projects, invest capital, employ Australians, and pay taxes.

The junior mining sector is about to embark on the fight of its life.

We as a country need to make our collective voice heard to ensure a well-intended but perhaps poorly executed approvals system does not impede the COVID-19 recovery process.

*Liam Twigger is Managing Director of PCF Capital Group. Some of PCF’s clients are impacted by FIRB’s new framework.

This opinion piece first appeared in The West Australian on Tuesday, May 18, 2020