Females in Mining – Are we serious or do we just keep taking Mick? 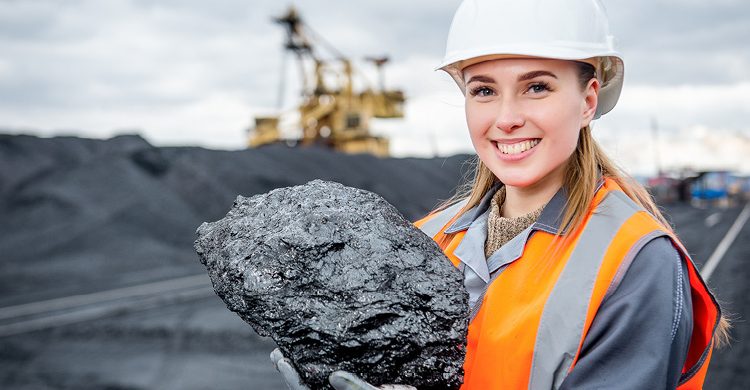 Females in Mining – Are we serious or do we just keep taking Mick?

Because we as an industry certainly don’t seem to be taking Michelle as often as we’d like to have people think we are, as observed by Emanuel Gherardi.

After we, as an industry, have finished with the congratulatory back slapping for elevating a female to an executive, board or corporate position. Which, in my opinion is wonderful…a huge step forward and setting an incredible example for females and young girls the corporate world over. Let’s have a look at why we are seeing it as such a momentous achievement that a human of any category has secured a role that has been awarded based on merit; unless of course it’s because we’ve been doing it so wrong, for so long? Clue…. there’s an answer somewhere in that last sentence.

I’d like to step away from the apex for a minute, the top of the pyramid and let’s take a look at how successfully we are going about developing opportunities for other females in the Mining industry. The Grassroots level……the fitters, the operators, the electricians, geologists, engineers, surveyors, pit technicians…. the list goes on. Because let’s be honest, beneath the lofty corporate towers are where the masses reside. Not everyone aspires to a role in the boardroom or in Senior Management. These roles only make up 4% of the entire workforce within mining anyway.

So where are the other 96%, well they’re the fitters, the operators, the electricians, geologists, engineers, surveyors, pit technicians etc that I referred to above and when it comes to increasing the female presence in this area, that massive 96% of our workforce…. we have a serious problem, a problem of gargantuan proportions.

Last week I’ve waded through a search of around 8,000 individual Mechanical Fitters and found three of which were female in a non-apprenticeship role (these apprentices only made up another 5 candidates in any case). This search was utilising industry leading network contacts, state of the art digital search systems and a database to rival anyone’s, not just in Australia but this side of the equator.

Over and above all of this, I’ve been recruiting in Mining for 20 years, I sit on two sub-committees at the West Australian Mining Club that specifically deal with the issue of diversification and I’m still scratching my head. The point is, the industry leaders are also scratching their heads.

None of these candidates were suitable or qualified for this position unfortunately. Refer to image above because that’s what I was doing for the best part of yesterday but against a brick wall.

Who is encouraging our year 8 students, male or female to look at mining as an exciting and rewarding career choice? Because year 8 thanks to STEM and Career Curriculum programs is when our kids are being asked to decide what they’re going to do with the next 50 years of their working lives.

On a side note…. The whole argument of “are we making the mining industry attractive enough for both males and females is a whole other blog and one I’ll tackle soon enough. If you want the quick answer it is a resounding “NO BLOODY WAY”. The kids want to work for Apple, Facebook, Tech and Google these days but is anyone informing them that Artificial Intelligence, Robotics, Big Data, the materials used to build their iPad, iPhone and PC’s are all being developed, mined and utilised in our industry more so than any other. And don’t get me started on the “it’s a dirty industry” argument. Stop listening to Waleed on the project and start looking at the stats. Mining is as clean as it’s ever been, rehabilitation leaves us with a minute footprint and our flora and fauna are being protected as a priority,

So, before I go any further I feel I should qualify what female diversity or any form of diversity means to me. I’d rather not deal with reverse discrimination accusations before the week begins, I’ve had two coffees and am prone to heightened anxiety and self-loathing (with or without the coffee; truth be told).

My idea of gender diversity, as is the opinion of most people I speak to, in mining, isn’t about choosing a female over a male just for the sake of it (even though she may not be as skilled, qualified or as good a culture fit)….it’s about making sure the queue to the interview room is at least close to 50% male and 50% female or that the list of applicants is as close to 50/50 as we can get it. If we get to this point, then we’ve kicked some massive goals. Once we get here, then let’s make sure the best person gets the job, this way it doesn’t become an exercise in ticking a stat box for the sake of it. It’s authentic and it’s real.

Right now, we’re sitting somewhere close to 13-15% females in Mining. I’m not blaming anyone here, I need to do more myself in promoting it and that begins publicly today. If you’re serious about gender diversity share and like this post (go on, let’s see if you do it) and let’s get it out to as many people as possible.

I currently have two female colleagues that have been pending approval on a Women in Mining LinkedIn group for over a year. ARE WE SERIOUS ABOUT THIS or is a faux badge of honour, something to use as a selling point then talking about what we’re doing to promote the feminist cause with absolutely no substance behind it? Are we doing it because we see it as merely the domain of the corporates. The three unreturned phone calls and emails offering career opportunities to members would suggest so.

It also goes deeper than this. Are we talking to young women at school and letting them know that there are many challenging, rewarding and interesting careers that mining has to offer? No not just at board level or at corporate or even at engineering or geology level. Hats off to our friends at the big operators that are pushing this, because it gets the message out to the masses, but are we committed at grass roots…. and please for the love of god don’t go down the “they’re not as physically strong to do a man’s job”. I train with a girl who box squats 180kgs and bench presses 120kg’s she makes me beg for mummy every time I train with her. Those days are gone and so are our excuses.

I write this blog completely frustrated, exasperated and downright disappointed. But inspired to make a difference. So, here’s my proposal.

This is my commitment

With your help, my goal is to build the biggest database of females in mining that this country has ever seen….as a start.

I will make sure that every category of candidate is represented. Executive, Technical, Trades, Operators, Apprentices and more.

I will initiate programs whereby we attract more females into apprenticeship roles, get into schools in front of the kids which we’re doing with some great programs at the WA Mining Club this year already (watch this space) see https://waminingclub.asn.au/  and start getting serious about this, because at the moment I’m hearing a lot of talk but not a lot of action and I’m part of the problem. Even if it is sub-consciously.

Yesterday’s my 5-year-old daughter asked me if she could do the same jobs her brother wants do when he grows up. I automatically said yes, but will she? I hope so, I didn’t have the heart to say “yes, as long as that job is a chef”.

So here is my call to arms. If you are a female in mining, a male who knows of a female in mining or want to train yourself to work in mining and want to join my database and be kept informed of roles that come about not just tomorrow but well into the future with the biggest, the best and the most interesting organisations out there, get in touch, inmail me, email me or pick up the phone and let’s start to make a difference from the bottom up and then meet somewhere in the middle.

Contact me on 0404 402 197 or emanuel@constructive.net.au. Let’s make a difference and look at the bigger picture. This isn’t a quick fix, this is going to take time and effort but it’s so worth it.

If you’re a male, please do the same and send me an email or call me. This is about inclusion, not exclusion. I recruit males into great roles every day and that’s not going to stop But, let’s give our daughters, nieces, wives and girlfriends the same opportunities we’ve had for over a hundred years.