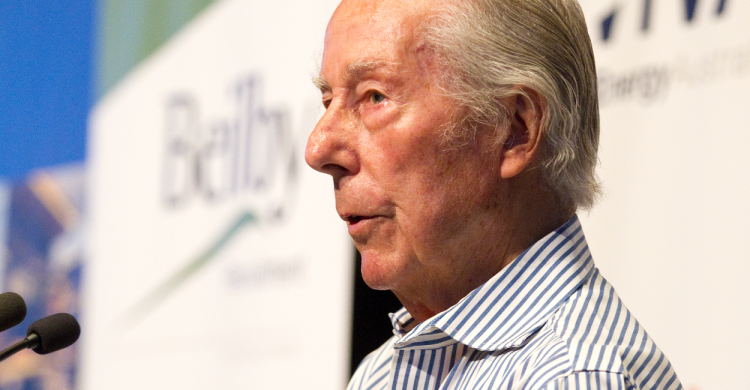 Mining veteran Eddie Plume will join a group of dedicated and respected leaders, including several past presidents, after being awarded a Life Membership at the St Barbara’s Day luncheon earlier this month.

Recognised for his significant and outstanding contribution to the WA Mining Club through his commitment to Club goals, Eddie expressed shock and excitement to be formally acknowledged in front of an audience more than 400 guests.

Originally from London, Eddie joined the club as a foundation member in 1976 and has worked in various management roles all over the world, including Australia, South Africa, Kazakhstan, Myanmar, the Phillipines, North Korea, and Indonesia.

Some of his major career achievements included working as the General Manager of the Marvel Loch Gold mine, which had been defunct for over 60 years; his responsibility for the design, construction and implementation of a model underground mining stope at the Kinross Mines; and his acknowledgement by the Indonesian Government, being award the Sahwali or (friendly businessman award) for his work in the local community during an appointment for Shell Billiton.

Although Eddie hung up his work boots in 1998, he has continued to give back to the mining community through regular attendance at Club events, including his favourite event – the annual gala ball.

On receiving the life member award, Eddie addressed the audience telling them that he loved every moment of his time working in mining and encouraged everyone to make the most of their opportunities.

“If I could, I would do it all over again” he said.