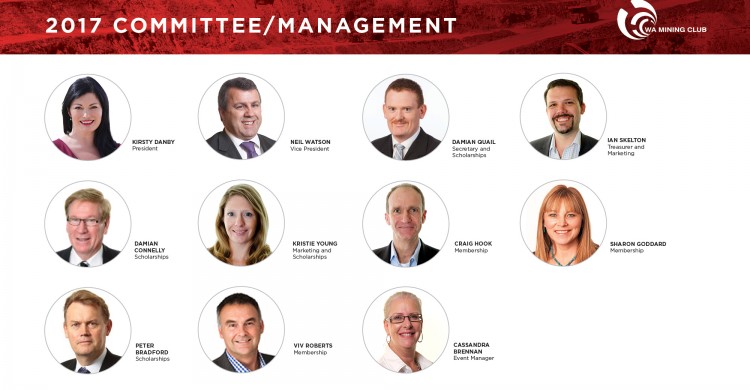 Kirsty Danby, founder and Director of Platform Communications, was elected unopposed as President of the WA Mining Club for a second term, following the club’s annual general meeting.

Following a successful year for the club, the committee has also shown their appreciation for other members of the executive team by re-electing Neil Watson, Damian Quail and Ian Skelton as Vice President, Secretary and Treasurer respectively once again.

New to the committee is Gold Road Resources’ GM Corporate, Sharon Goddard. Sharon, who has more than 20 years’ experience in mining, agribusiness and legal, will apply her corporate services experience including governance to benefit the Club.

The Club acknowledges the valuable contribution that Andrew Stanbury has made during his time as a committee member. He has dedicated considerable time and expertise into growing the Club’s value proposition for its members.

In addition to the committee, the Club has three contract personnel. They are:

All three service the Club beyond the cost of their contract and without them the Club would not be able to achieve what it has to date.