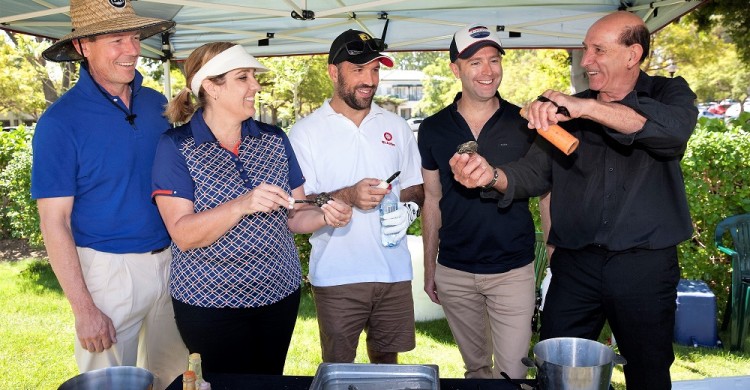 The WA Mining Club’s annual President’s Cup Golf Day is a popular fixture on the mining community’s social calendar, with proceeds from the day instrumental in funding the Club’s scholarships program – encouraging and nurturing the next generation of industry leaders.

Held at the stunning Joondalup Resort Golf Course, it was a field of keen golfers who stepped out onto the green to play for the sixth annual President’s Cup.   All teams teed off full of ambition to take down last year’s winner – Richard Thompson from Airobotics.  Team heckling and banter prevailed as the groups navigated through the on-course hazards including the lakes, roos and the infamous Joondalup crater.  Most successfully made it through these challenges, but were largely distracted by other on-course trappings such as oysters, wine and cheese.

The event was another great social and financial success, raising funds for the for the WA Mining Club scholarships program, with a day of fun, fierce competition and mateship enjoyed by all.

Congratulations to the winning teams for the day – SMS Innovative Mining Solutions, Arbitrage and BDO.  The competition was incredibly close with less than a point between first to seventh places.  Their collective and consistent performance on the green was well above par, and we wish them continued success in future golfing championships.  Nearest the pin went to Vince Carbone and longest drive to Tom de Courcier.

While we were privy to some fancy shots, the biggest contest was the hole-in-one prize – and an opportunity to win a Toyota Hilux 4×2 Single Cab Chassis.  This bought out the competitive spirit more than ever, but alas the ute didn’t find a new home, instead being driven back to Toyota car yard to tease our players for yet another year.  Of course, it wouldn’t be fair to not make mention of our last prize winners (commonly known as the NAGA Award), who went one of the St John Ambulance teams.

The Club would like to thank all those who participated in the day and supported us in achieving the objectives of the WA Mining Club President’s Cup Golf Day.

The President’s Cup Golf Day will return in 2018, with returning champions and new challengers taking to the course in support of a worthy cause. 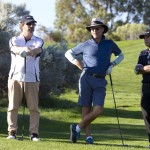 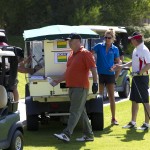 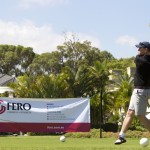 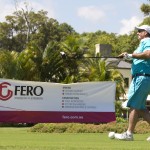