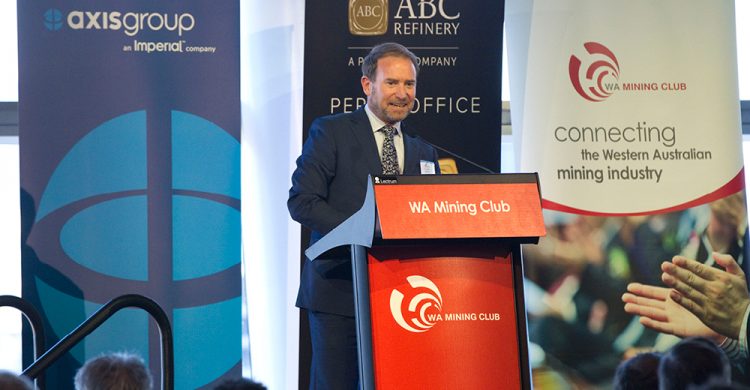 Images produced from a hand-held LiDAR have revealed the extraordinary underground network that awaits Bellevue Gold miners when they begin to extract the riches that lay undiscovered for 20 years.

“We are in a good spot to be able to fast track production with such good infrastructure,” Mr Parsons said.

The underground infrastructure is not the only positive for Mr Parsons and his Bellevue team.

They have so far examined just a fraction of their 3000km2   holdingandalready have a global JORC Resource of 2.3 Moz at 10g/t, including an indicated resource of 860,000 oz at 11.6 g/t and an inferred resource of 1.4Moz at 9.2 g/t, making it one of the highest grade undeveloped gold discoveries in the world.

The resource includes the Viago and Deacon Lodes which host an indicated resource inventory of 480,000 ounces of contained gold at 15.5 g/t.

“Discoveries can be made when you put the right geological thought into it and drill a lot of holes and that’s what we have done,” Mr Parsons said.

“We have drilled a lot of holes at Bellevue, about 200,000m of diamond drill core.

“We discover about 75,000oz of gold every month on the project. It has been a very rapid discovery and it has been done cheaply. We can discover gold at about $18 an ounce and when you reflect on where the gold price is now, moving up to $3000 an ounce, it is a very small portion of the overall price.”

The mine, in a major gold producing area of the State near Leinster, produced about one million ounces of gold at 15g/t from 1986 until it was closed in 1997.

That closure was based on an assumption that a fault had taken mineralisation away.

On taking ownership in 2017, Bellevue Gold Limited tested that assumption.

“It had been owned by a nickel company and in that time not one drill hole was ever drilled to test the theory of whether the gold continued on the other side of the fault,” Mr Parsons said.

He said the Bellevue geological team spent six months understanding the geology before drilling on the other side of the fault.

“The first drill program we did around Christmas 2017 was to prove our theory right and the resource has grown consistently, and we expect that to continue,” Mr Parsons said.

A recent capital raising meant Bellevue had about $150 million in the bank to focus on exploration and development of the mine.

For Mr Parsons, the capital raising had reinforced the importance of Environmental, Social and Governance issues.

“Pretty much every investor globally looks at what your policies are and what you are putting in place to manage risk when it comes to ESG,” he said. “This is the new paradigm in investing.”

“Unless you are at the forefront of ESG and making it work, you will not be getting investor money coming into your company.”

Bellevue has an extensive community investment program, including providing meals for Leonora District High School students which has led to a near 100 per cent attendance rate.

Environmental considerations are being factored into mining planning, including the potential for waste heat recovery, energy efficient grinding, use of renewable electricity and battery powered electric vehicles instead of petrol, diesel or gas, and energy efficiencies in new infrastructure.