A mine of the future based on lessons of the past 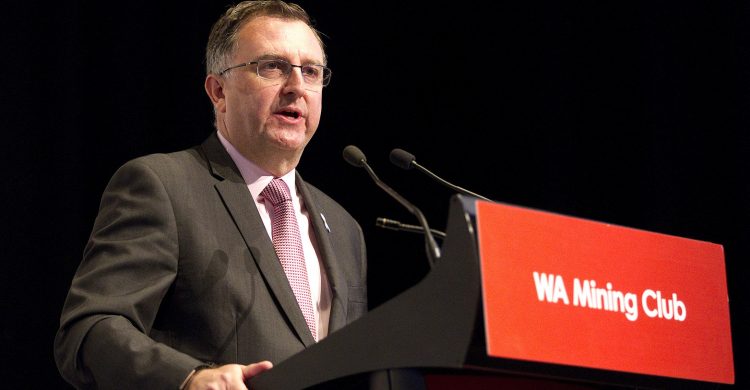 A mine of the future based on lessons of the past

St Barbara’s Day is an important day for the mining industry as well as on a personal level for the Mining Club’s December guest speaker, Chris Salisbury, Chief Executive – Iron Ore, Rio Tinto.

“It’s a day to pause and reflect on those who came to work and did not make it home at the end of their shift.

“We knew these people. They were our friends, neighbours, co-workers and sadly in some cases brothers, fathers, sisters and husbands. There have been too many of them,” said Salisbury as he started his speech in sombre reflection.

More than 350 people in the mining industry have lost their lives over the last 50 years in Western Australia alone. And for Salisbury and Rio Tinto, this year another name was added to that list – that of 28-year-old truck driver Daniel Patterson.

“I’ve been a miner for more than 30 years and sad to say that two employees have died on my watch.

“A fatality leaves a scar that never heals. The best way to remember them is to make sure that it never happens again. This recent fatality shows that we have a long way to go,” said a clearly emotional Salisbury.

Reflecting on this, Salisbury said that he and others in the in the room needed to change, adapt and disrupt the status quo to ensure that they learn from the mistakes of the past in order to make mining safer, more efficient and improve its social license.

“We need to make better use of technology and data. We need to become more nimble and agile. We need to focus on our customers and their needs. And finally, as my boss is always saying, in an industry built on goodwill and the trust of government’s and communities, we need to do more to positively engaged with our neighbours and the broader community,” said the Rio Tinto executive.

The ‘boss’ that Salisbury referred to is Rio Tinto’s Chief Executive Officer, JS Jacques who has been quoted on numerous occasions saying that mining is one of the least trusted industries on the planet.

This sentiment is backed up by reports such as the recently published one by EY, which states that licence to operate is the biggest risk to mining based on a survey of 600 sector executives.

According to Rio Tinto and other mining companies, the industry can do more to highlight the work that it is doing in innovation and science.

Today Rio Tinto hires data scientists, mechatronic and software engineers who run the ‘world’s largest robot’ a 2.4-kilometre-long train, which to date has accumulated more than one million kilometres in full autonomous mode.

Koodaideri will feature technology already in use across Rio Tinto, such as autonomous trucks, trains and drills, and implement systems connecting all components of the mining value chain for the first time. The development will consolidate everything Rio Tinto has learned from its studies into finding advanced ways to extract minerals while reducing environmental impacts and improving safety. The mine will feature more than 70 innovations in scope including:

As part of Rio’s pledge to support local business during the construction phase of Koodaideri, Mr Salisbury used his Mining Club speech to announce that WA-based company Pindan had won a $45 million contract to build the mines construction camp. And that’s just the start. Salisbury said about 70 per cent of the mines $3.5 billion budget will go into WA businesses.

The mine is scheduled to be operational in late 2021 and will produce 43 million tonnes of iron ore per year.