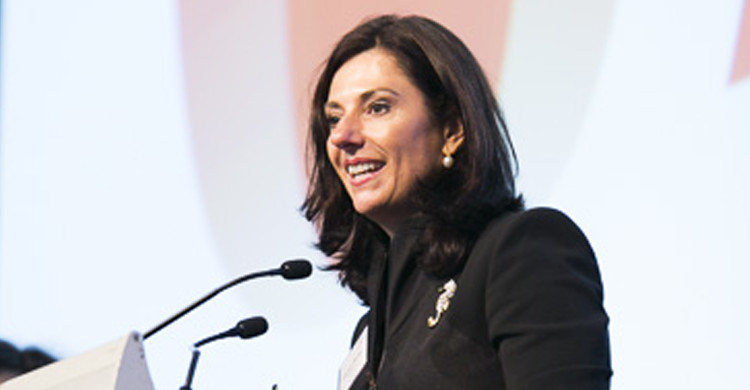 Western Australia’s leading women in resources have been awarded in the annual Chamber of Minerals and Energy (CME) awards with high-profile leaders Bronwyn Barnes, Linda O’Farrell and Geeta Thakorlal among the winners.

“For the resources sector the benefits of a diverse workforce go well beyond the argument for equality.  Workforce diversity is strongly associated with improved business performance,” said Mr Howard-Smith.

“Resources companies have been at the forefront of this movement, with senior management driving policies to achieve cultural change.  These are changes that make smart business sense,” said Mr Howard-Smith.

Bronwyn has a passion for the industry, and an outstanding track record of ensuring effective corporate governance, winning government endorsement and approval and driving equity for Indigenous people.

Her successes include steering major projects from exploration through to operation, and connecting the Western Australian resources sector with international mining investment.

In addition to her role at AMC, Bronwyn is also chair of Windward Resources – an exploration company focused on Western Australia’s Fraser Range.

Bronwyn holds a number of positions stretching beyond the resources sector, including with Curtin University, Martu and the 500 Club, which reflect her interests in corporate governance, Indigenous affairs, education and political life.

In each of these roles Linda has championed women’s growth and development in the sector, by speaking at industry and diversity events, participating in studies and committees with an interest in people and diversity issues, and supporting diversity networks and working groups.

Geeta has had a highly successful and inspiring career spanning over four continents. She has 28 years’ experience in the oil and gas industry and has held various project and management positions.

Kalpana Maharage was named Outstanding Young Woman of the year. Kalpana is an accomplished Mining Engineer.  She was selected for Rio Tinto’s graduate program in 2009, and within a year of completing the program achieved a promotion to Superintendent with Rio Tinto Iron Ore’s Greater Paraburdoo mine operations. This promotion made Kalpana, at 26 years of age, the youngest operational Superintendent on site.

Margeaux Janenko received the Outstanding Operator/Technician/Trade Woman in Resources award in part due to her advocacy of social change. Margeaux is an Electrician at Chevron’s Gorgon site for Kentz Engineering and Contracting, where she has proven to be an example of the capacity for females to thrive in the resources sector and become leaders in their trade.

Taking out the Outstanding Company Initiative was Atlas Iron for its Women in Atlas Initiative.

Over the past two years Atlas Iron has had clear objectives to improve diversity and the work environment for its women through the establishment of the Women in Atlas initiative.

Women in Atlas has representatives from across the business including a cross section of geographical regions, work types and levels. The group actively provides opportunities for women to help themselves and others to grow personally and professionally through leadership, education, mentoring and networking support.