WAMC AGM: the year that was 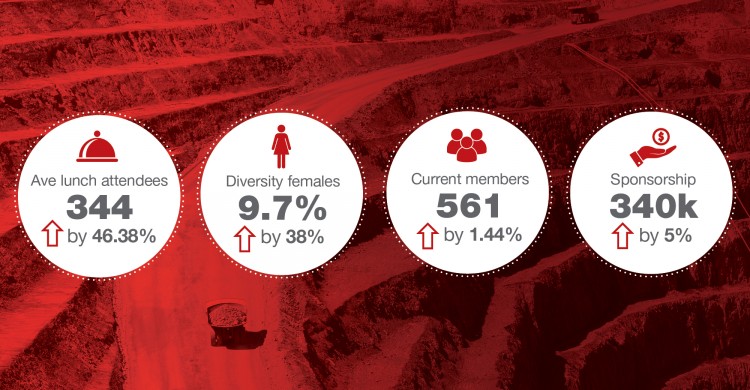 WAMC AGM: the year that was

“Each year, we undertake a strategic review of the Club and its working environment,” said Club President, Kirsty Danby.

“This year has been all about consolidating past initiatives, and laying a foundation for future growth.”

The Clubs membership base has grown to 561 individual memberships, a slight improvement from last years AGM.

Danby went on to say, that by retaining its membership base in 2017 the Club has gone against the current trend of many of its peer associations who continue to lose members.

While the club has improved gender diversity by 38 per cent the president recognised that it still has a long way to go.

Since 2016 AGM, the Mining Club has hosted nine luncheons with an average of 344 attendees per event, equating to an increase of 48 per cent from the previous year.

Led by Damian Quail, the 2017 the scholarship program was an outstanding success. Now in its 15th year, the Clubs flagship community program awarded eight scholarships to the tune of $80,000.

Winners will also benefit from mentoring, career support and increased visibility within the industry.

The eight winners, who were chosen from almost 250 applicants, were selected by a panel that considered factors such as academic and work history, personal circumstances, financial need for a scholarship, and commitment to their chosen career.