The highs and lows of capital prospecting in an unpredictable market 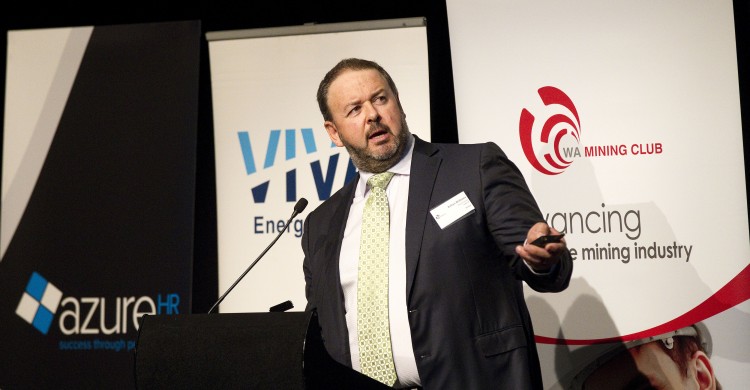 The highs and lows of capital prospecting in an unpredictable market

It was a refreshingly open and honest account of Dacian Gold’s journey from explorer to developer and now miner delivered by Chief Executive Rohan Williams at this month’s WA Mining Club lunch – providing plenty of lessons for those prospecting for capital in an increasingly unpredictable equities market.

“We had a spectacular number of great intersections, the gold price was going up.”

But the experienced gold miner and his corporate advisors were caught out in November 2016 when the price of gold spiked on news of Donald Trump’s win in the US presidential election but then plummeted and continued to fall just as they went to the market.

The company had originally set out to raise $150m through a placement and entitlement offer at $2.75 a share but was forced to trim the price back to $2.50 a share just two days later after feedback from investors.

The raising — aimed at funding the continuing development and exploration of the Mount Morgans gold project in Western Australia — was then changed for a third time, with the placement scaled back to just $26m and the entitlement offer withdrawn all together.

“In the nine days between Trump winning the US election, the gold price spike and us launching our raising, the gold price dropped 10 per cent – we didn’t see that,” Williams said.

“We were clearly at the beginning of a major sell-off of gold.”

“The issue was no one was watching the inflows and out flows of the exchange traded funds (ETF). They are the canary in the coal mine. When there are inflows into the ETF’s there is good support and positivity, when there are outflows in the ETFs the gold market is in trouble.”

Dacian eventually settled on a $26 million raising at a deep discount, but has since secured full funding with a $200m plant completed by February 2018 with commissioning scheduled for next March.

Speaking after the event, Williams said the Dacian experience definitely provided lessons for others with the next six months likely to be “fractious” for the gold market.

He says it is easier to talk about it with the benefit of hindsight.

“We were running superfast, we had done so much so quickly and we charged into the capital raising.

“The nature of the gold price is it will go down and go back up again. We were at the start of it going down.  For all intensive purpose it was another little blip in a stable trend”.

But of course that wasn’t the case and the gold price continued on a significant downward  trend, not rising again until early 2017.

“The brokers were saying they had never seen anything like it,” he said.

Williams says the key lessons are keep your eye on the ETF’s and never raise money after Melbourne Cup.