Pinpointing reserves through halogens in treetops – fact or fiction? 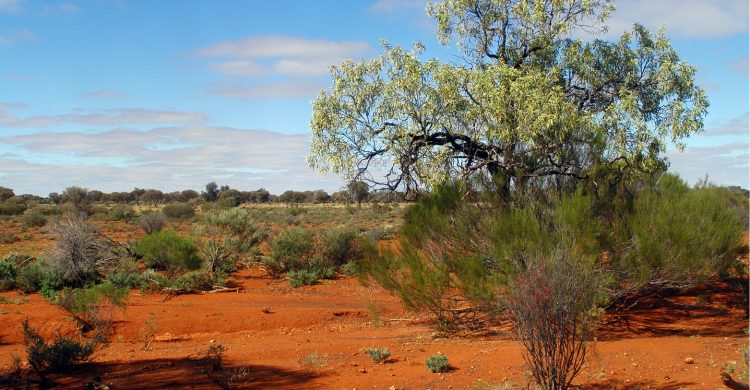 Pinpointing reserves through halogens in treetops – fact or fiction?

Scientists around the world are working with miners to find the answer to the age-old question: ‘Does money grow on trees?’

In 2013, the CSIRO demonstrated active biogeochemical absorption of particulate gold within living biological tissue; in this case eucalyptus leaves.

The reason for the study was to determine the effectiveness of biogeochemical sampling in minerals exploration.

According to National Geographic, eucalyptus roots can penetrate more than 40m underground in search of water.

CSIRO geochemist Dr Mel Lintern said: “The eucalyptus acts as a hydraulic pump – its roots extend tens of metres into the ground and draw up water containing the gold.

“As the gold is likely to be toxic to the plant, it’s moved to the leaves and branches where it can be released or shed to the ground.”

Marmota is one company that has been using biogeochemical testing on leaves at its Aurora Tank program, which led to the discovery of multiple gold deposits in December 2018.

Marmota said the biogeochemical exploration process involves sampling plant matter by chemical analysis in an attempt to identify mineralisation below the surface.

However, eucalypts are not the only trees to have been discovered to hold particulate gold.

Geoscience BC in April reported that new developments of a technique to test for halogens in samples taken from spruce treetops could aid in the discovery of mineral deposits.

Existing samples taken from 400 spruce trees spread over a 100 square-kilometre area in 2015 were tested to determine if they contained signals of mineral deposits or changes of geology below the surface.

“Our results show that modelling the concentrations of halogen elements in the spruce samples may identify important structures related to potential mineralisation that are invisible from the surface,” researchers Colin Dunn and Dave Heberlein said.

Christa Pellett, Geoscience BC’s Vice President, Minerals, said: “This project extracts even more value from the samples we collected on the TREK project in 2015 and will provide mineral explorers with a new tool to help identify new targets and explore more efficiently.”

Closer to home, similar models of chemical analysis allowed CSIRO, which was supported by the West Australian Government through the Minerals Research Institute of Western Australia, to produce a new understanding of mineralisation in the Yilgarn province in May this year.

The researchers demonstrated that the formation of 2.5 billion-year-old gold deposits produced distinctive chemical signatures in the surrounding rocks.

The CSIRO said looking for these distinctive patterns will make it faster and more efficient for exploration companies to identify potential new deposits.

Mines and Petroleum Minister Bill Johnston said: “The discovery of these chemical signatures could greatly assist exploration in the eastern Yilgarn which, despite sharing its geology with the Eastern Goldfields, has produced fewer gold discoveries than expected.

“This research will help reduce the risk in targeting ore bodies buried beneath the surface, that conventional exploration has failed to identify, and will encourage investment in under-explored areas in our State.

“By investing in MRIWA research, the McGowan Government is supporting the mineral exploration industry with the tools and insights needed to find the next generation of gold deposits.”

“This research project is a great example of CSIRO’s close collaboration with the Western Australian Government and MRIWA to support a productive, sustainable and globally competitive mineral resources industry for the benefit of Australia,” Dr Hough said.

“We have world leading research capabilities in Perth and welcome opportunities to develop minerals sector innovation in partnership with the industry and government.”