Miner of the month: Corazon Mining 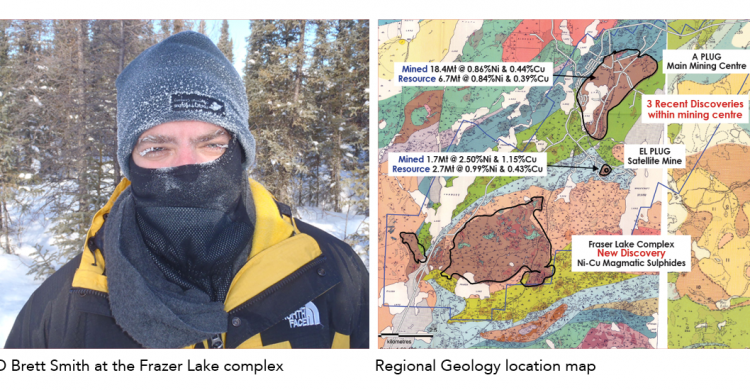 Miner of the month: Corazon Mining

Corazon Mining recently announced drilling at the Fraser Lake intrusive complex (FLC), within the Lynn Lake Mining Centre in the province of Manitoba, Canada, had has intersected massive sulphides.

Initial, visual results were validated on site using a handheld XRF, and although it was still waiting to receive assay results, Corazon is confident the drilling at FLC has proven that the main target, highlighted by an Induced Polarization (IP) chargeability anomaly, represents a classic, large, Lynn Lake-type mineralised magmatic system.

“The sulphide mineralisation we have encountered is dominated by pyrrhotite (iron sulphide), with chalcopyrite (copper) and pentlandite (nickel) – which is typical of the Lynn Lake style of mineralisation,” Corazon Mining managing director Brett Smith said.

Two of the holes, FLC-2017-002 (depth 607m) and FLC-2017-003 (depth 520m and continuing) are mineralised for their entire lengths with grades ranging from weakly disseminated to strongly disseminated, interstitial and matrix style mineralisation.

The best mineralisation intersected to date was within hole FLC-2017-003, which returned massive to semi- massive sulphide over 4.5m (388 to 392.5m downhole), within a larger zone of approximately 25 metres of strong sulphide mineralisation.

“The significant and most important feature of the massive to semi-massive sulphide intersection within hole FLC-2017-003 is that this style of mineralisation is typical of the EL Deposit, which hosted the highest-grade mine within the historic Lynn Lake Mining Centre.” Smith said.

With the excitement generated at Lynn Lake it would be easy to take your eye of the company’s second major project, the Mt Gilmore cobalt-copper-gold project in north- eastern New South Wales.

The program was designed to confirm the continuity, position and extent of the cobalt-copper-gold mineralisation within the Cobalt Ridge prospect area, which had been identified by drilling carried out by previous owners.

“It also validated historical mining and exploration results and confirmed the presence of multiple zones of sulphide mineralisation over a strike length of at least 300 metres hat remains open along strike and at depth.”